Article and bibliography expanded and updated to incorporate recent scholarship.

The strongly fortified acropolis of Mycenaean Tiryns is situated about 1.5 kilometres from the present coast of the Bay of Nauplion (but only about five hundred metres in the Early Bronze Age and one kilometre in the Late Bronze Age), where it perches on a narrow, rocky outcrop that reaches a height of up to twenty-eight metres above sea level (Fig. 1). The hill slopes from south to north, a topographic feature used during the Mycenaean period to create a division into an upper citadel, a middle citadel, and a lower citadel by demarcating the limits of the different parts of the hill with strong, supporting walls. The acropolis was surrounded by an extensive settlement, the lower town, whose size during the different phases of occupation is still difficult to determine.

Figure 1. Plan of Late Palatial Tiryns (ca. 1250-1200 BCE) with estimated distribution of stream deposits (hatched) to the north of the Acropolis.

Because of its impressive appearance, the identification of the site as ancient Tiryns was never disputed, which is why the site very early on attracted the attention of travellers and archaeologists. The remains of the last Mycenaean palace on the upper citadel were largely uncovered in 1884 and 1885 by Heinrich Schliemann and Wilhelm Dörpfeld. Their work was continued between 1905 and 1929 under the direction of Dörpfeld and later Georg Karo and Kurt Müller, who extended the focus of excavations to the area of the lower town. In the late 1950s, restoration works under the direction of Nikolaos Verdelis revealed the underground cisterns in the lower citadel and thereby initiated the resumption of fieldwork by the German Archaeological Institute. These excavations extended the focus to areas of the lower citadel and the lower town that had been neglected until then. Large-scale excavations between 1976 and 1983, directed by Klaus Kilian in the Lower Citadel, contributed to the clarification of the long-term usage and structure of this part of the site. Since 1997, ongoing excavations by the German Archaeological Institute under the direction of Joseph Maran and in close cooperation with Alkestis Papadimitriou from the Greek Archaeological Service have focused on different areas of the citadel, as well as the lower town.

Inhabited intermittently from the Middle Neolithic, Tiryns became in the middle of the third millennium bce an extensive and important Early Helladic II settlement, with connections extending to the Cyclades and the Near East. The most important structure of the later Early Helladic II in Tiryns is the monumental and at least two-storied circular building (Rundbau) on the upper citadel (Fig. 2), which had a diameter of approximately twenty-eight metres, a façade that featured jutting, bastion-like projections and a roof covered with terracotta and schist tiles. The function of this building, unique in the Aegean, remains disputed but it is likely to have served as an imposing strong tower and a meeting place for local elites. After an apparently universal destruction by fire at the end of Early Helladic II, the settlement was rebuilt in Early Helladic III and remained of a substantial size, but without signs of monumental architecture and mostly consisting of houses with an apsidal ground-plan. At that time, the ruin of the circular building seems to have been transformed into a shallow mound serving ritual purposes (Rundbau tumulus). 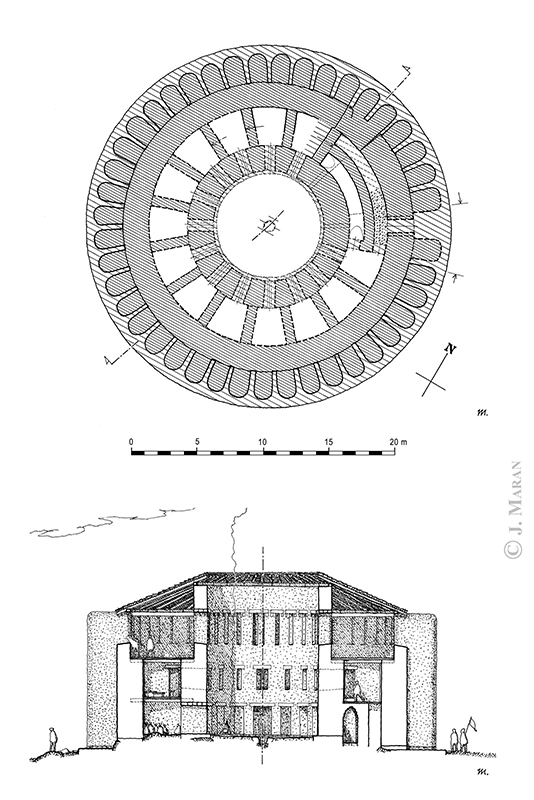 Figure 2. Reconstructed ground-plan and cross-section of the Early Helladic Rundbau on the Upper Citadel of Tiryns.

Little is known about Middle Helladic Tiryns and, in contrast to Mycenae and other sites of the Argolid, no richly furnished tombs of Early Mycenaean date have been identified. Fragmentary remains of an Early Mycenaean (Late Helladic II), non-megaroid predecessor of the later palace, with associated fragments of wall paintings, have been found in the area of the later ‘great megaron’ and ‘little megaron’. The establishment of a palace centring on two main buildings of different size, a ‘great megaron’ and ‘little megaron’, with associated courts seems to be a radical new departure of the 14th century bce, and this arrangement was repeated in the final palatial plan now visible, datable to the second half of the 13th century (Fig. 1). The ‘megara’ of the consecutive 14th and 13th century bce palaces were founded at the place of the Early Helladic Rundbau tumulus probably to link the new buildings to an old local tradition. The 13th-cenury palace plan is well preserved, and in its final form the approach to it was extremely impressive, leading through a series of propyla and courts to face the great megaron; the latter was subdivided into a porch, a vestibule, and a main room that had a central ceremonial hearth surrounded by columns and a place for a throne on the inner side of the east wall. Due to the early excavation of the palace, nothing is known about moveable finds, but the floors and walls of the megara were richly adorned by frescoes. One of the wall paintings depicting nearly life-sized women in procession seems to have moved in the direction of the Throne Room. The porch of the great megaron opened into a great court with a colonnade and a round hypaethral altar placed along the extension of the central axis of the ‘great megaron’.The earliest ‘Cyclopean’ fortification, on the upper citadel, dates to the 14th century and is likely to be contemporary with the earliest wall at Mycenae. The Cyclopean fortification was progressively expanded to encompass the entire hill, which during the palatial period (c. 1400–1200 bce) was surrounded by a lower town of still unknown size. The Prophitis Ilias hill to the east served for funerary purposes, as is shown by two tholos tombs and many chamber tombs. An increasing concern with defence around the middle of the 13th century bce may be detected in the construction of a narrow postern gate connecting the northern lower citadel with the lower town, two stone-vaulted underground staircases leading from the lower citadel to natural water sources in the lower town, and vaulted galleries (probably for storage purposes) on the south and east side of the upper citadel. The most spectacular building measure of the late 13th century was the redirection of a stream that had passed through the northern lower town and caused several flooding events. The stream was redirected by constructing a dam about five kilometres to the east of Tiryns and by diverting the stream through a new bed. In general, despite its impressive palace and fortifications, Tiryns should not be interpreted as independent, but rather as a second palatial centre within the kingdom ruled by Mycenae; it may well have functioned as Mycenae’s main port, and has produced Cretan, Cypriot, Levantine, and likely Italian material.

Around 1200 bce, the palace and citadel were totally destroyed; the destruction has been attributed to an earthquake, but human agency, such as warfare, cannot be ruled out. In the ensuing postpalatial period (c. 1200–1050 bce), Tiryns rose to the position of the preeminent settlement of the Argolid which above all is reflected in large-scale building activities that are highly unusual for a period immediately following the demise of a palace. On the upper citadel a narrow megaron structure, ‘building T’, was built over the eastern half of the great megaron of the preceding palace, probably to symbolize claimed continuity in the exercise of power (Figs. 3–4).

Figure 3. Plan of Building T inside the Great Megaron. 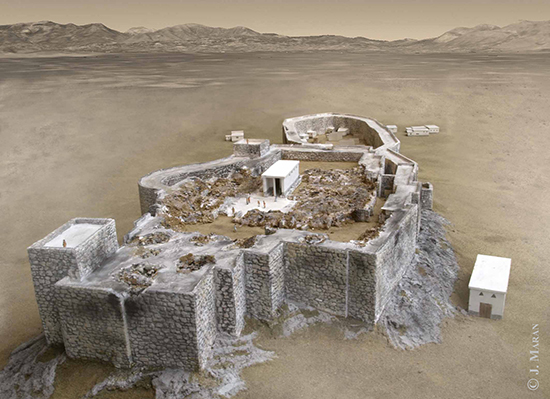 Figure 4. Model of Tiryns during the Mycenaean postpalatial period. View of the Upper Citadel with Building T from a southerly direction.

‘Building T’ consisted of two rooms, an approximately square porch, and an elongated main room divided into two aisles by a central row of columns; the main room had no central hearth but integrated the location of its predecessor’s throne. In parallel with the construction of this building, the hypaethral altar in the central court was given a square, platform-like shape. With the exception of these most important symbols of palatial political and religious power (great megaron with its court and altar), the upper citadel does not seem to have been cleared of debris or used much. In the lower citadel, after a short phase of squatting in the immediate aftermath of the catastrophe, the final palatial buildings were replaced by a settlement with an entirely different layout, consisting of houses arranged around courtyards, whose basic plan remained intact until the end of the postpalatial period. The long-term continuity of occupation is also exemplified by a sequence of superimposed cult buildings with a rich inventory of cult paraphernalia that had been built over and over again on the same plot bordering one of the courtyards. Signs of pronounced growth are apparent in the postpalatial lower town, which may have reached a size of up to twenty-five hectares The new building initiatives particularly affected the northern lower town where, on top of the dried-out flood deposits of the redirected stream (Fig. 1), new living quarters were systematically developed on the basis of a preconceived plan. This building project was initiated shortly after 1200 bce, but it stalled already after about two generations and was eventually abandoned well before the end of the Late Bronze Age. The special position of Tiryns between 1200 and 1050 BCE is further emphasized by the ‘Tiryns Treasure’ (Fig. 5) discovered in the southeastern lower town and made up of gold jewelry, among which there are also political or religious insignia (i.e., the largest golden signet ring of the second millennium bce Aegean), and a set of bronze ceremonial feasting equipment. 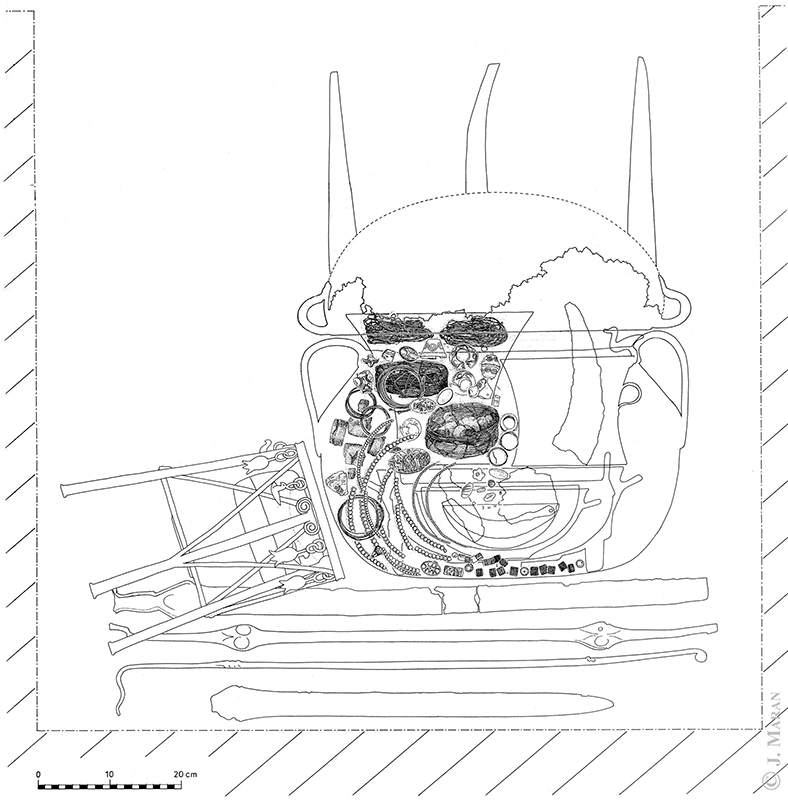 Figure 5. Reconstruction of the “Tiryns Treasure”.

The nature of some of the objects from this treasure, as well as from other contexts of the site, underline the continuing overseas contacts of postpalatial Tiryns to regions such as Crete, Italy, and Cyprus.

Shortly before the end of the Late Bronze Age, a process of shrinkage of the settlement in the lower citadel set in, which led within a few decades to a nearly total abandonment of the acropolis. The acropolis remained uninhabited during the Early Iron Age, but the remains of the former palace on the upper citadel were used as a place for cultic worship at least from the late Geometric period onwards, as evidenced by the rebuilding of the hypaethral altar and a large pit (‘bothros’) filled with votives, among them terracotta shields with pictorial decoration and grotesque masks. For the Early Iron Age lower town, a much more dispersed settlement structure can be inferred on the basis of groups of cist graves that have been found in many areas surrounding the acropolis, but very little is known about the appearance of the accompanying houses. The inhumation of the dead close to the houses practiced during the Protogeometric and Geometric periods constitutes a marked break with the long-standing Mycenaean tradition of burial in chamber tombs outside of the settled area; an early Protogeometric warrior burial found in the southwestern lower town is well supplied with iron weapons and bronze plating from a helmet, the last bronze armour before the 8th century bce in the Argolid. For the Archaic period, inscriptions engraved on the covering slabs of the Mycenaean underground cisterns provide evidence for cults of Athena, Herakles, and Zeus. Places of Archaic cultic worship are attested on the upper citadel and in the northern lower town. In the course of the Iron Age, Tiryns was increasingly subordinated to Argos; it briefly regained enough independence (probably for the same reason as Mycenae) to send troops to the Persian War in 480–479, but was destroyed by Argos c.470. The surviving population is said to have moved to Halieis (Porto Cheli).