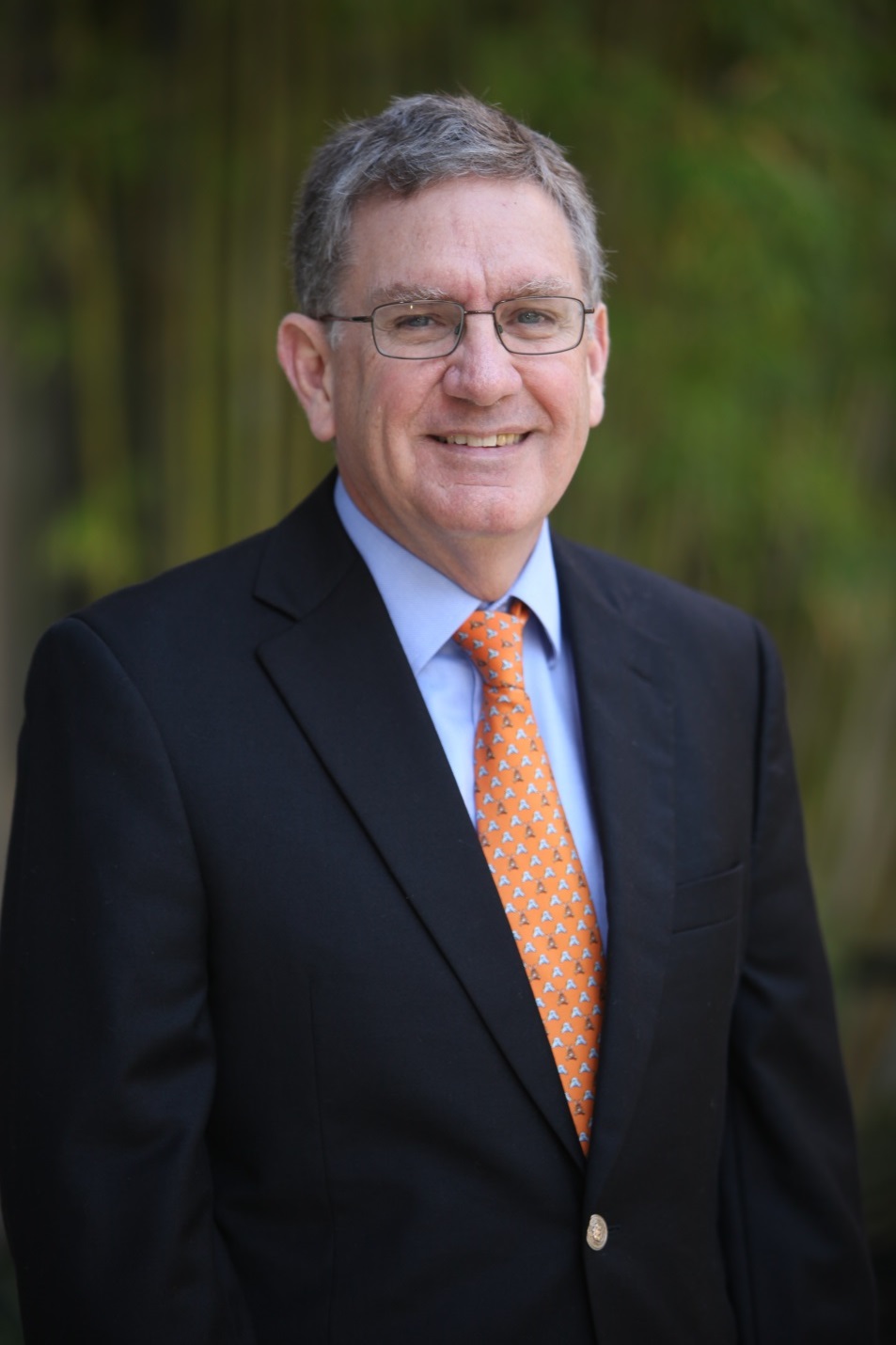 Jonathan H. Hamilton is a Professor of Economics at the University of Florida. He served as Editor of the Southern Economic Journal from 1997 to 2003, and later as Vice‐President and President of the Southern Economic Association. From 1995 to 2004, he was an Associate Editor of Regional Science and Urban Economics. Professor Hamilton has been a visiting faculty member at CORE (Université Catholique de Louvain), Duke University, the Institut d’Anàlisi Econòmica (Universitat Autònoma de Barcelona), and the University of Virginia. He has published in Journal of Public Economics, International Journal of Industrial Organization, Journal of Labor Economics, Journal of Economic Theory, and Journal of International Economics. 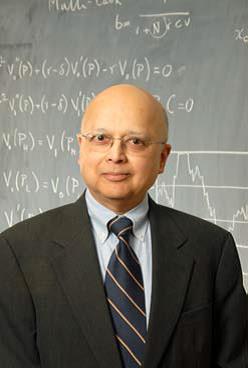 Avinash Dixit is the John J. F. Sherrerd '52 University Professor of Economics Emeritus at Princeton University. He was Vice-President (2002) and President (2008) of the American Economic Association and was President of the Econometric Society in 2001. He was elected to the American Academy of Arts and Sciences in 1992 and the National Academy of Sciences in 2005. His book publications include Microeconomics: A Very Short Introduction, The Art of Strategy (with Barry Nalebuff), Investment Under Uncertainty (with Robert Pindyck), Games of Strategy (with Susan Skeath and David Reiley), and Lawlessness and Economics: Alternative Modes of Governance. He has also published numerous articles in professional journals and collective volumes. 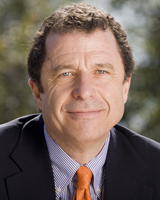 Sebastian Edwards is the Henry Ford II Professor of International Economics at the University of California, Los Angeles. He is the Co-Director of the National Bureau of Economic Research's "Africa Project" and previously served as the Chief Economist for Latin America at the World Bank. He was a co-editor of the Journal for Development Economics, is the author and editor of numerous books, including Toxic Aid: Economic Collapse and Recovery in Tanzania and Left Behind: Latin America and the False Promise of Populism, and published numerous articles in such journals as American Economic Review, Quarterly Journal of Economics, Review of Economics and Statistics, and Journal of Money, Credit and Banking. 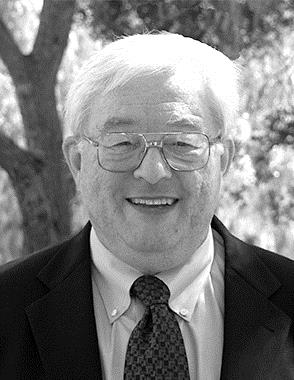 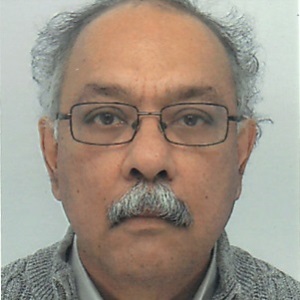 Anindya Banerjee is professor of economics at the University of Birmingham, having previously been professor at the European University Institute in Florence and Fellow of Wadham College, Oxford. He is editor of Oxford Bulletin of Economics and Statistics and associate editor of Oxford Economic Papers. His research interests lie in time series econometrics, including factor models, and the econometrics of integrated panel data, areas in which he has published widely in leading economics journals. 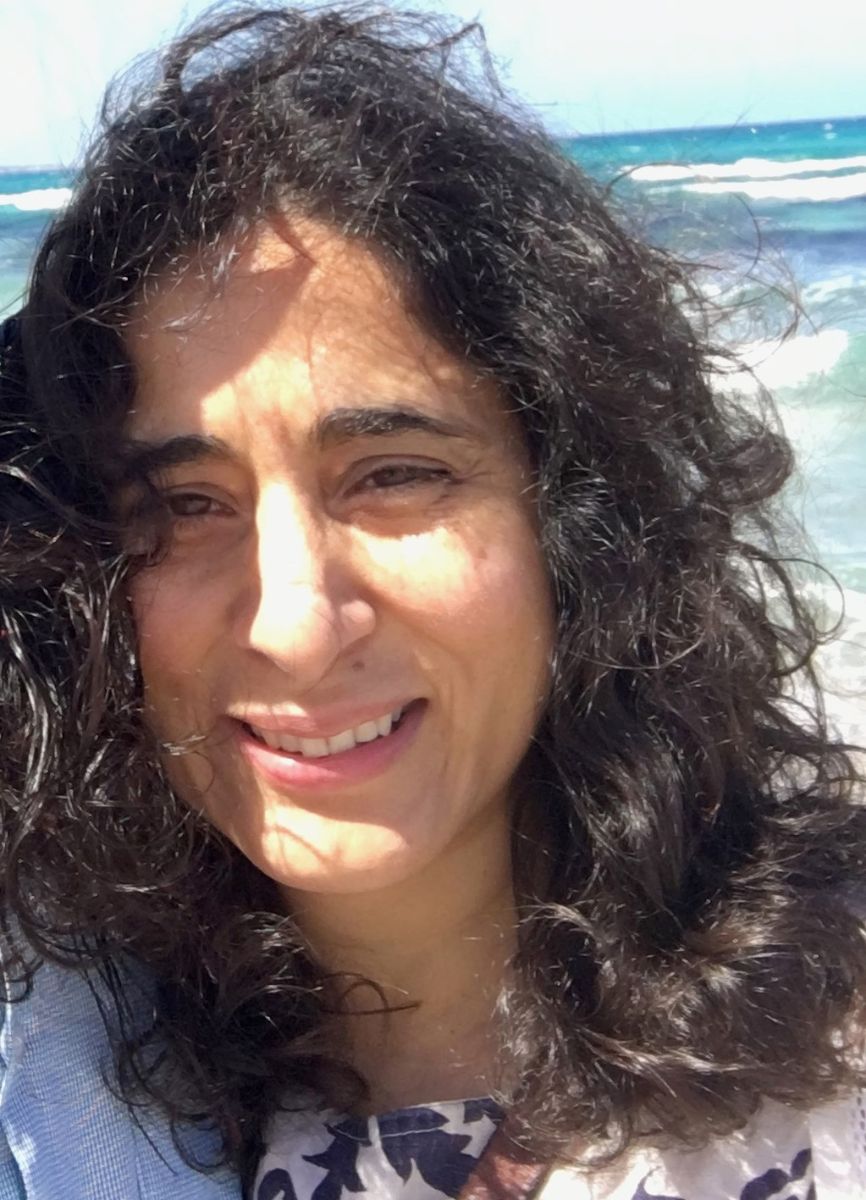 Sonia Bhalotra is Professor of Economics at the University of Essex and a Fellow of the Academy of Social Sciences and the Centre for Economic Policy Research London. Her research has made contributions in the areas of health, gender, and political economy, including the returns of low cost health interventions, the implementation of universal health coverage, the role of judicial accountability for the right to health, and the impacts of increasing representation of women and ethnic minorities. Her recent papers are hosted by the Institute of Labor Economics. 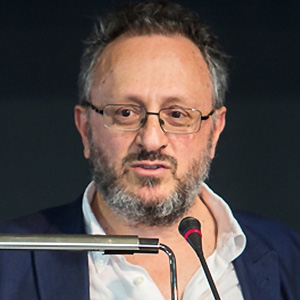 Jordi Brandts is a research professor at IAE-CSIC and Barcelona GSE Research Professor. He is also a Research Fellow of CESifo. His research is experimental in areas such as the study of cooperation, organizational economics, industrial organizational and market analysis, conflict and the effects of communication on strategic interaction. From 2008-2013 he held the Serra-Ramoneda/Catalunya Caixa Chair at the Department of Business at UAB. From 2007-2011 he was Editor-in-Chief of the journal Experimental Economics. He currently serves as Advisory Editor for Games and Economic Behavior and Associate Editor of Review of Economic Design. He is also European Vice-President of the Economic Science Association. 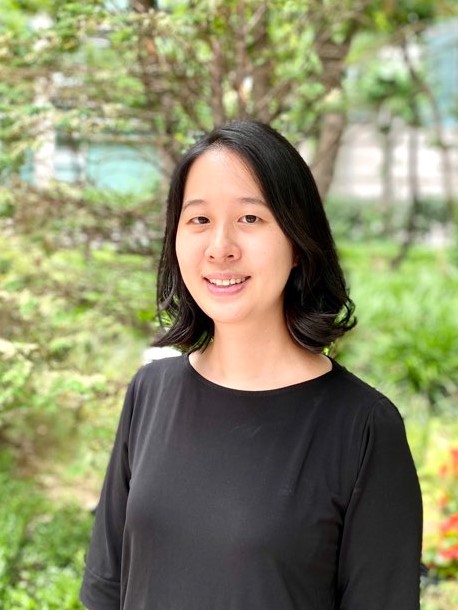 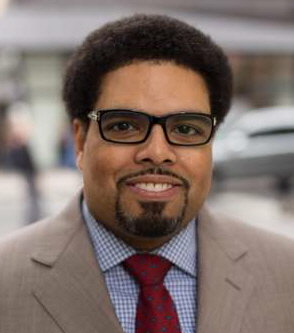 Darrick Hamilton is the Henry Cohen Professor of Economics and Urban Policy and a University Professor at the New School. Among other distinctions, he has served on the board of directors and as President of the National Economic Association (NEA), Associate Director of the Diversity Initiative for Tenure in Economics Program and the Samuel DuBois Cook Center on Social Equity at Duke University, and co-principal investigator of the National Asset Scorecard in Communities of Color Project (NASCC). A stratification economist whose work focuses on the causes, consequences, and remedies of racial and ethnic inequality in economic and health outcomes, his writing and research have appeared in leading academic journals as well as the New York Times, the Washington Post, Dissent, Jacobin, and other publications. 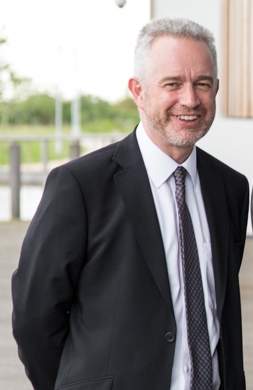 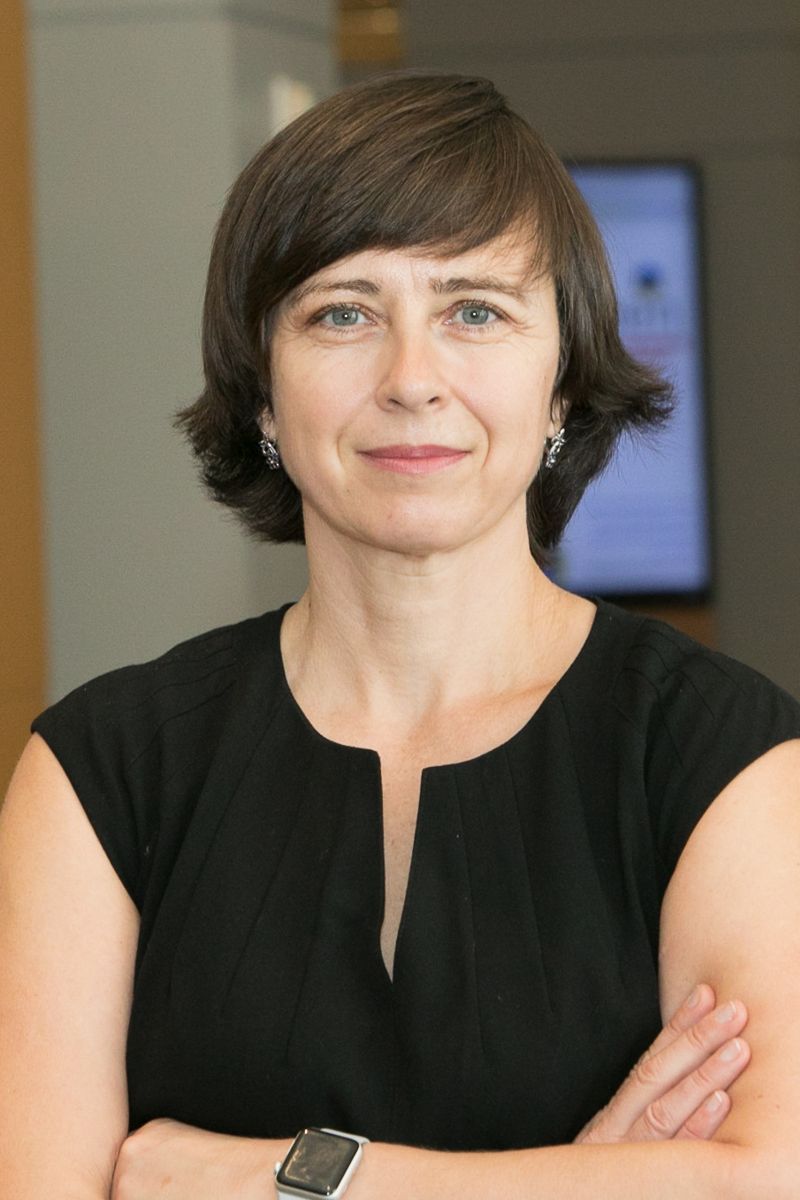 Lilia Maliar is Professor of Economics at the Graduate Center of the City University of New York. Before joining the Graduate Center, she was a visiting research fellow at the Hoover Institution and taught graduate classes in the Department of Economics at Stanford University. Her current research focuses on applications of artificial intelligence and machine learning, in particular, of deep learning for the analysis of high-dimensional dynamic economic models. Maliar’s research has appeared in numerous economic journals, including Econometrica, Journal of Business and Economic Statistics, Journal of Economic Dynamic and Control, Journal of Money Banking and Credit, Quantitative Economics, Review of Economic Dynamics, Computational Economics. She is a recipient of an NSF grant and serves as an associate editor for the Econometric Society’s journal Quantitative Economics and as an adviser to the Bank of Canada. 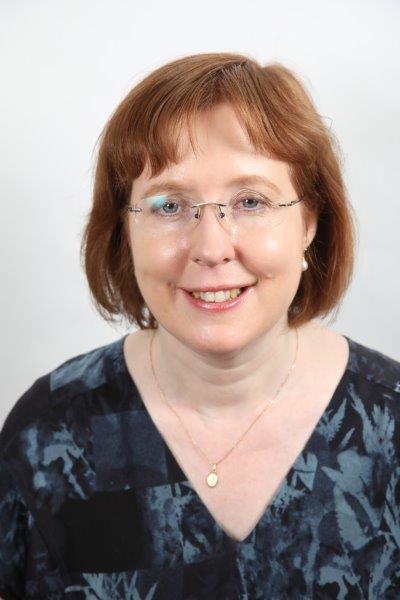 Sandra McNally is a Professor of Economics at the University of Surrey. She is Director of the Centre for Vocational Education Research, London School of Economics and is also Director of the Education and Skills Programme, Centre for Economic Performance, London School of Economics. Research interests include economic evaluation of government policies in schools and further education, and labor market returns to education and training.  She is a co-editor of Economics of Education Review. Noteworthy publications include “Changing How Literacy is Taught: Evidence on Synthetic Phonics” (with Stephen Machin and Martina Viarengo) in American Economic Journal: Economic Policy, “Does Additional Spending Help Urban Schools? An Evaluation Using Boundary Discontinuities” (with Stephen Gibbons and Martina Viarengo) in Journal of the European Economic Association, and “Unexpected School Reform: Academisation of Primary School Schools in England” (with Andrew Eyles and Stephen Machin) in Journal of Public Economics. 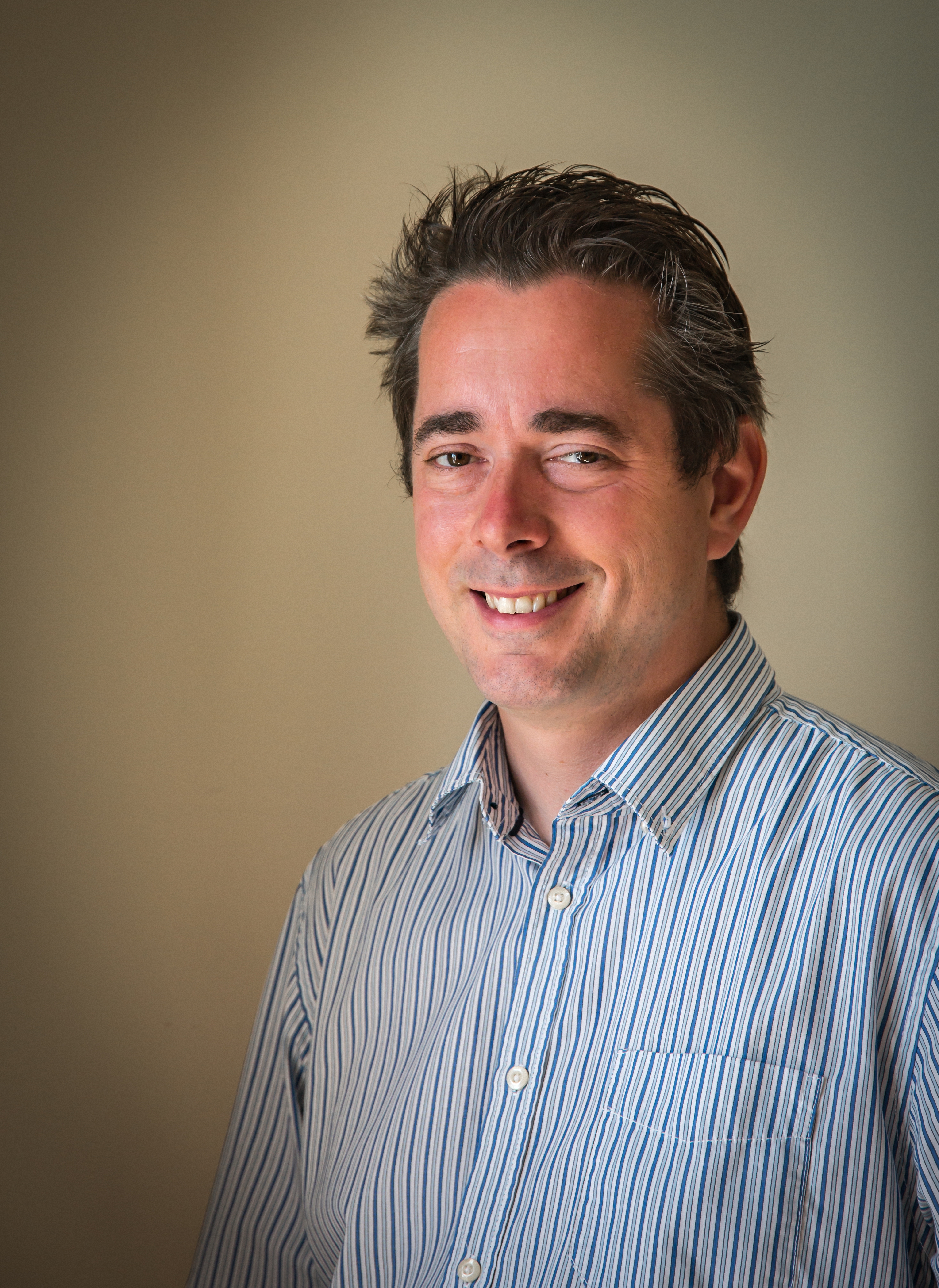 Paul Sharp is a Professor of Business and Economics at the University of Southern Denmark. He is an editor of the Scandinavian Economic History Review, and is also affiliated with the Centre for Competitive Advantage in the Global Economy (CAGE) and the Center for Economic and Policy Research (CEPR). His work focuses on many aspects of economic history, development, and growth, and has a particular focus on the role of agriculture for development. He is co-author, with Karl Gunnar Persson, of the undergraduate textbook An Economic History of Europe: Knowledge, Institutions and Growth, 600 to the Present, 2nd Edition, and with Markus Lampe, A Land of Milk and Butter: How Elites Created the Modern Danish Dairy Industry. 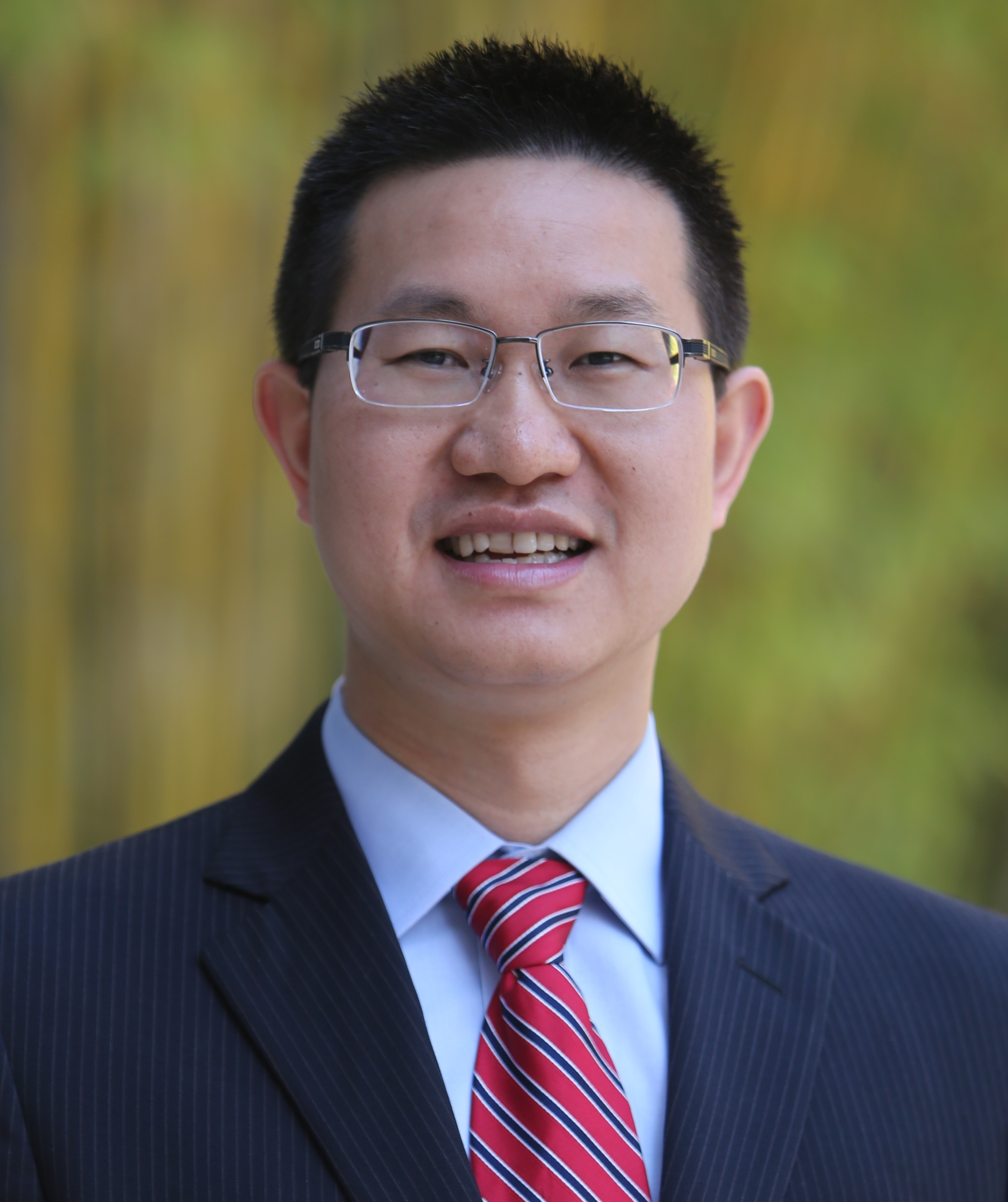 Yuehua Tang is the Emerson-Merrill Lynch Associate Professor of Finance at the Warrington College of Business, University of Florida. His research interests include investments, institutional investors, corporate finance, Fintech, and climate finance. He has published in the Journal of Finance, Journal of Financial Economics, Management Science, Review of Asset Pricing Studies, and Journal of Corporate Finance, and his research has been featured in major media outlets such as The Wall Street Journal, The Economist, Bloomberg News, CNBC, and The New York Times.

George J. Borjas is the Robert W. Scrivner Professor of Economics and Social Policy at the Harvard Kennedy School. He was awarded the IZA Prize in Labor Economics in 2011. Professor Borjas is a Research Associate at the National Bureau of Economic Research and a Research Fellow at IZA. Professor Borjas is the author of several books, including Immigration Economics (Harvard University Press, 2014), Heaven's Door: Immigration Policy and the American Economy (Princeton University Press, 1999), and the widely used textbook Labor Economics (McGraw-Hill, 2016), now in its seventh edition. His latest book is We Wanted Workers: Unraveling the Immigration Narrative, published by W. W. Norton in Fall 2016. He has also published over 150 articles in books and scholarly journals. His professional honors include citations in Who's Who in the World and Who's Who in America. Professor Borjas was elected a fellow of the Econometric Society in 1998 and a fellow of the Society of Labor Economists in 2004. In 2016, Politico listed Professor Borjas #17 in the list of the 50 "thinkers, doers and visionaries transforming American politics...For telling it like it really is on immigration." He received his Ph.D. in economics from Columbia University in 1975. 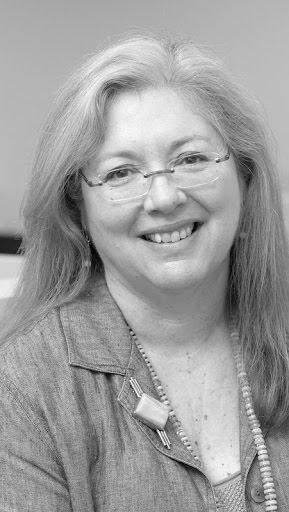 Catherine Eckel is Sarah and John Lindsey Professor in the Liberal Arts and University Distinguished Professor in the Department of Economics at Texas A&M University, where she directs the Behavioral Economics and Policy Program. Dr. Eckel is President-Elect of the Economic Science Association and past-President of the Southern Economic Association. She served for two years as an NSF program director for the economics program and currently serves on the Advisory Committee of NSF’s Directorate for Social Behavioral and Economic Sciences. She was co-editor of the Journal of Economic Behavior and Organization (2005-2012), and has served as associate editor or on the editorial boards of twelve journals. She has published articles in American Economic Review, Experimental Economics, Economics Letters, Journal of Risk and Uncertainty, Journal of Economic Behavior and Organization, Journal of Public Economics, and other leading journals. 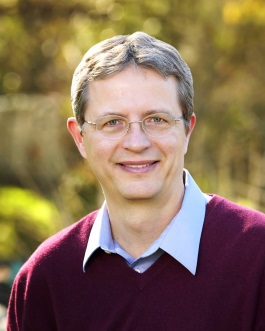 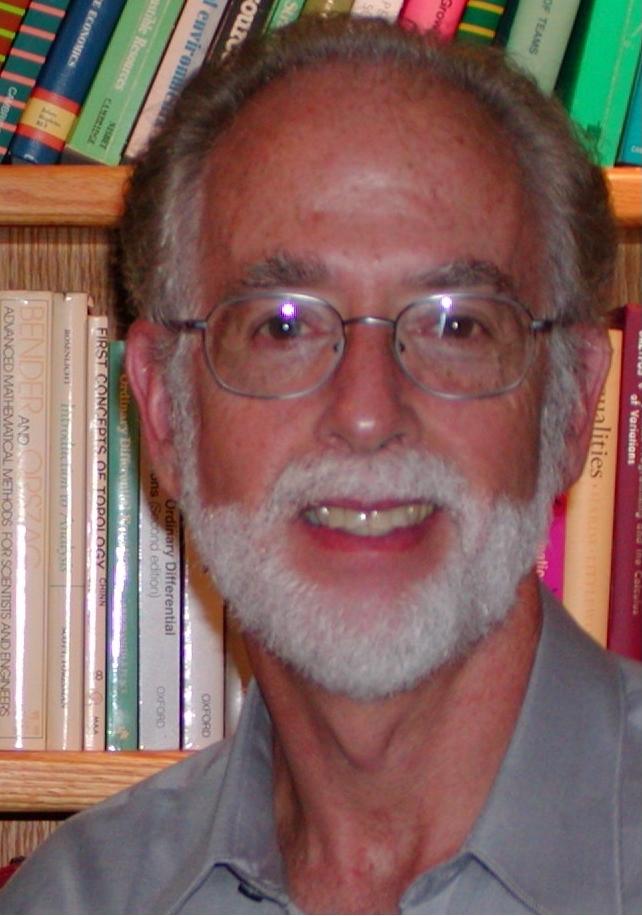 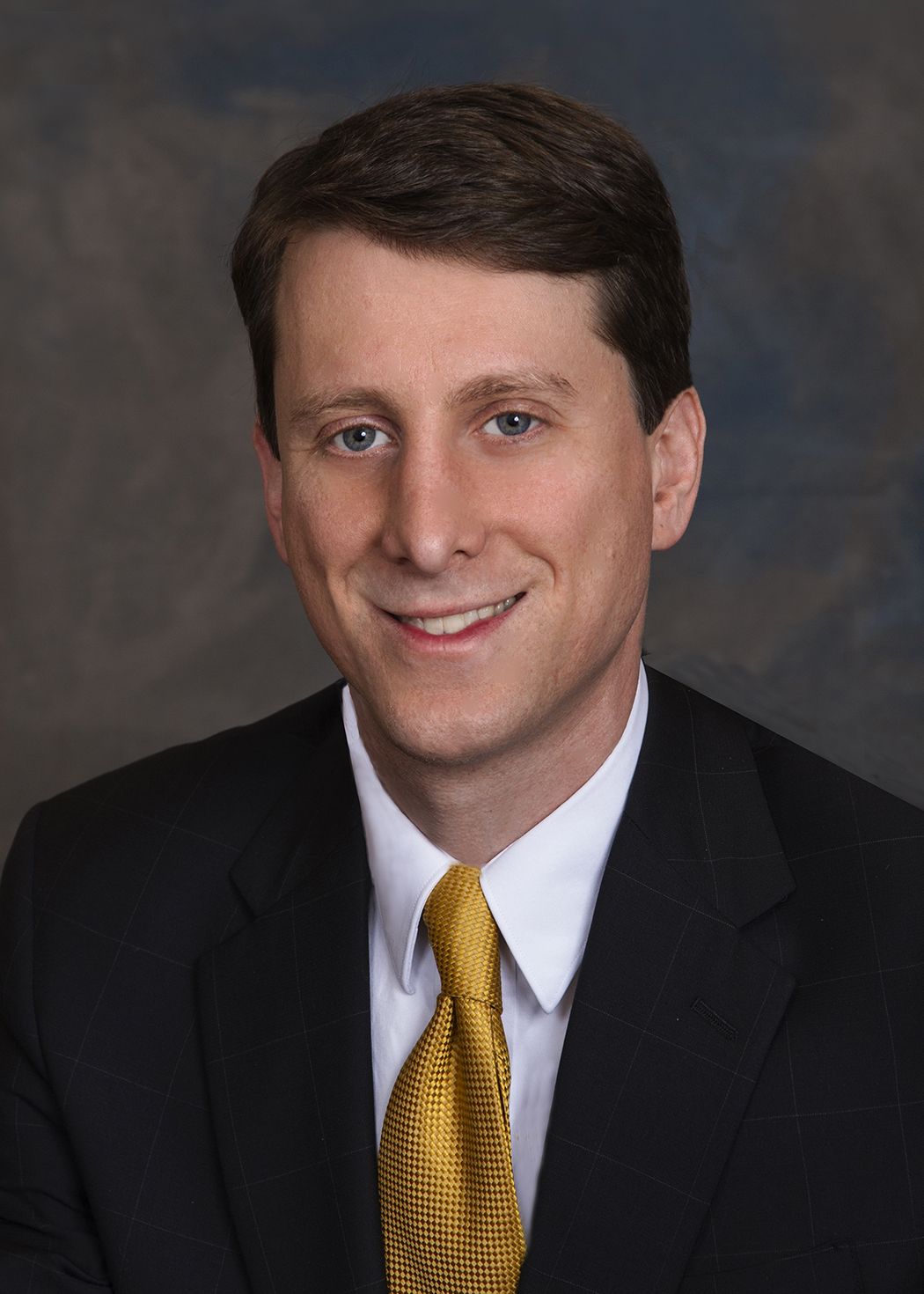 Daniel’s work has been published in law reviews and economics journals and spans numerous topics, including mergers, cartels, monopolization, pricing issues, compliance, corporate governance, innovation, institutional design, capacity building, government restraints, and comparative and international antitrust issues. He has provided technical assistance and capacity building to antitrust agencies and utilities regulators around the world. Daniel is also a non-governmental advisor to the International Competition Network for several working groups and is a frequent speaker to both practitioner and academic audiences globally. In 2014, the Global Competition Review named Daniel the Antitrust Academic of the Year. 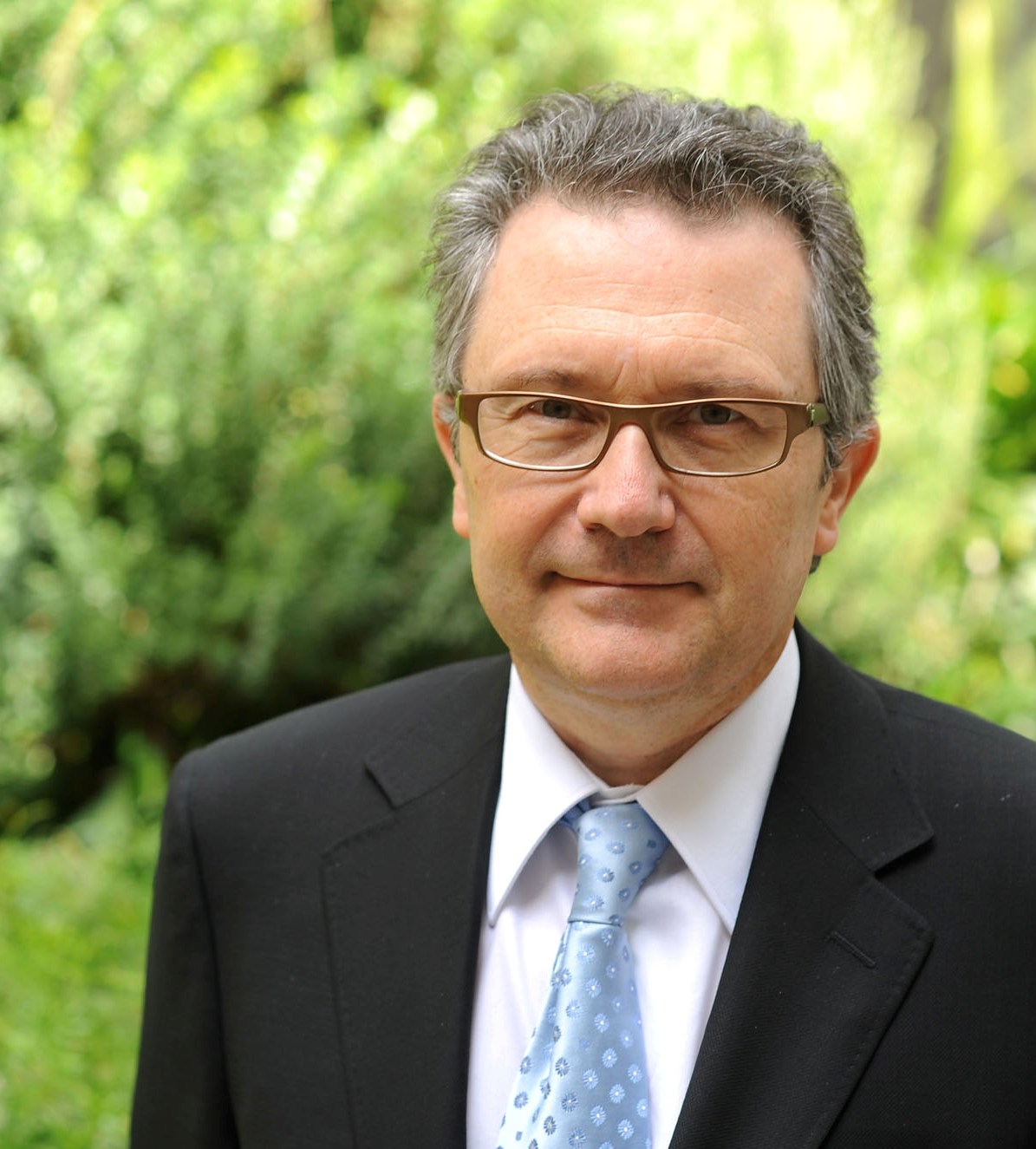 Xavier Vives is Professor of Economics and Finance, Abertis Chair of Regulation, Competition and Public Policy, and academic director of the Public-Private Research Center at IESE Business School. He is an editor of the Journal of Economic Theory¸ the author of the books Information and Learning in Markets: the Impact of Market Microstructure and Oligopoly Pricing: Old Ideas and New Tools, and has published in such journals as Journal of Finance, The Review of Financial Studies, Review of Economic Studies, and Journal of the European Economic Association. He is a Fellow of the Econometric Society. 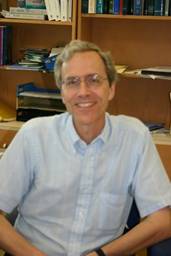 Kenneth West is the John D. MacArthur and Ragnar Frisch Professor of Economics at the University of Wisconsin-Madison. He is currently co-editor of the Journal of Money, Credit and Banking, and has previously served as co-editor of the American Economic Review. He has published widely in the fields of macroeconomics, finance, international economics and econometrics. Among his honors are the John M. Stauffer National Fellowship in Public Policy at the Hoover Institution, Alfred P. Sloan Research Fellowship, Fellow of the Econometric Society, and Abe Fellowship.

School of Economics and Finance at Hong Kong University