Editor in Chief
Editorial Board
Advisory Board 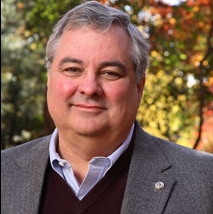 is the W.W. Corcoran Professor of Environmental Sciences and the Director of the Center for Regional Environmental Studies at the University of Virginia. He received his Ph.D. in Zoology from the University of Georgia in 1971, and worked for the next 13 years in Tennessee — eventually as a Senior Research Scientist at Oak Ridge National Laboratory and as a Professor in Botany and the Graduate Program in Ecology at the University of Tennessee. In 1984, he moved to his current position at University of Virginia. Dr. Shugart has also served as a Visiting Fellow in the Australian National University (1978-1979, 1993-1994), in Australia’s Commonwealth Industrial and Scientific Research Organization, Division of Land Use Research (1982) and Division of Wildlife and Ecology (1993-1994), in the International Meteorological Institute at the University of Stockholm, Sweden (1984), and in the International Institute of Applied Systems Analysis, Laxenburg, Austria (1987,1989). He has served on the editorial board of several scholarly journals including Ecology and Ecological Monographs, Annual Reviews in Ecology and Systematics, Biological Conservation, Landscape Ecology, Journal of Vegetation Science, Forest Science, Global Change Biology and The Australian Journal of Botany. He is the author of more than 300 publications including 11 books, 60 book chapters and 90 papers in peer-reviewed journals.

is a Fellow and Tutor in Physical Geography at St Peter’s College, Oxford University, and an affiliate of Oxford’s School of Geography and the Environment. A Quaternary scientist with a wide range of interests in glaciology, geomorphology, environmental history and climate change, he focuses particularly on the last 125,000 years, past and present implications for human society and future global environmental security. He is a leading figure in UK Geoconservation, Fellow of the Geological Society, Royal Meteorological and Royal Geographical Societies and member of the key UK professional bodies covering his field of expertise. Addison the co-author of Fundamentals of the Physical Environment.

is the Ernest H. Ern Professor of Environmental Sciences and Director of the Ecohydology Lab at the University of Virginia. His research focuses on the understanding and modeling of the hydrological processes that determine the temporal and spatial dynamics of soil moisture at different scales. He holds a PhD in Hydraulic Engineering from the University of Padova, Italy.

is a Staff Scientist of the Earth Sciences Division of the Lawrence Berkeley National Laboratory. His research interests include development of innovative in situ site characterization and monitoring tools, conceptual and numerical models for complex soil and groundwater systems, using methods of nonlinear dynamics, chaos, fuzzy systems and stochastic modeling.

is a Distinguished Professor and Dean of the College of Atmospheric Sciences at Lanzhou University. He is also the Director and Chief Scientist of the Key Laboratory for Semi-Arid Climate Change for the Ministry of Education in China. His research interests include atmospheric radiation, remote sensing, and interactions between aerosols and climate. 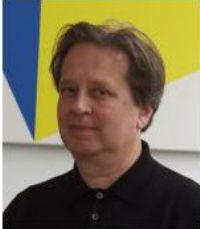 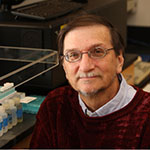 is a Professor of Isotope and Organic Geochemistry in the Department of Environmental Sciences at the University of Virginia. He has authored over 300 refereed research papers and books including Organic Geochemistry. He was elected a Fellow of the Geochemical Society and of the European Association of Geochemistry and is a Corresponding Editor for EOS, a publication of the American Geophysical Union. His research includes studies on chemosynthesis at cold seeps and hydrothermal vents using the Johnson Sea Link and Alvin submersibles; identifying geochemical biomarkers of climate change in high Arctic marine sediments and in soils of sub-Saharan Africa.

is a Professor of Urban Ecology and Dean of Faculty of Biological and Environmental Sciences at the University of Helsinki, Finland. His research interests include urban ecology, biodiversity, interactions between ecological and social systems, and the application of ecological knowledge in decision-making. He is the editor-in-chief of Urban Ecology: Patterns, Processes, and Applications (Oxford University Press, 2011).

is currently head of the Geology group at the Earth Sciences Department at University of Gothenburg, Sweden. He is specialized in environmental geology, and he has led national and European projects dealing with this applied focus. Most projects are combining research with teaching and outreach aspects, consistent with the general character of environmental sciences. 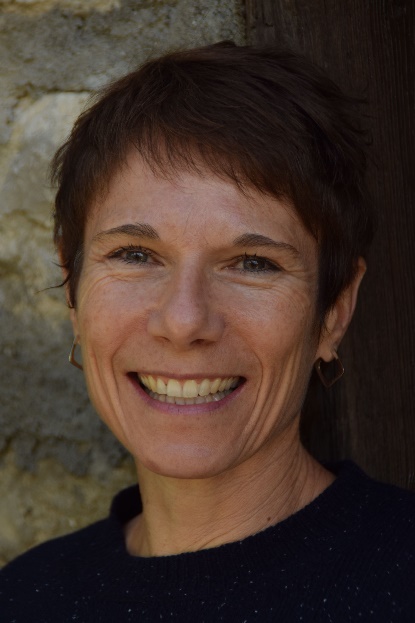 is Executive Director of Bridging for Sustainability (Belgium). Her desire to contribute to a societal transformation towards sustainability orients her praxis and research interests. These include sustainability governance; decision-making and policy formation under conditions of complexity; science-policy interfaces; integration of natural and social sciences research; environmental research strategies; and sustainability transformation of businesses.

is a University Distinguished Professor of Atmospheric Sciences, the Harold J. Haynes Chair in Geosciences, a Professor of Chemistry, and Director of the Center for Atmospheric Chemistry and the Environment at Texas A&M University. His research interests include atmospheric chemistry and physics, particularly the impacts of global air pollution on human health, ecosystems, and climate. 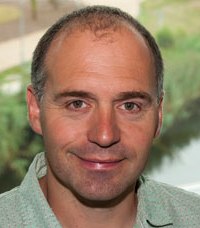 is Chair in Climate Impacts at the University of Exeter and Head of Climate Impacts in the Met Office Hadley Centre. His research interests include climate modeling and its impact of climate change in ecosystems and the interactions with other impacts of climate change such as water resources. Richard was a lead author on the Fourth Assessment Report of the Intergovernmental Panel on Climate Change (IPCC) in Working Group 1 (The Physical Science Basis), and IPCC 5th Assessment Report in Working Group 2 (Impacts, Adaptation and Vulnerability) 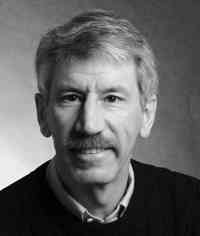 is Chief Scientist of NASA’s Hydrospheric and Biospheric Sciences Laboratory and a Senior Fellow of the Goddard Space Flight Center (Retired). He is a Fellow of the American Geophysical Union, a past President of the International Glaciological Society and is currently both a NASA Emeritus Scientist and a Senior Research Scientist at Morgan State University. He has led major multi-institutional and international research projects, most recently a major ice-sheet modeling study for the Intergovernmental Panel on Climate Change. He maintains an active interest in glaciers and ice sheets and has led 18 Antarctic field expeditions to study dynamics of the West Antarctic ice sheet. During his NASA career, he has developed numerous unique applications of remote sensing data for glaciological research including measuring ice velocity and elevation using both visible and radar imagery, monitoring melt of the ice sheet by microwave emissions, and detecting changes in ice-sheet volume by repeat space-borne radar altimetry. He has testified before Congress, briefed the U.S. Vice President, published over 150 scientific papers, including numerous review articles and is often quoted commenting on glaciological impacts of the climate on the world’s ice sheets and glaciers. 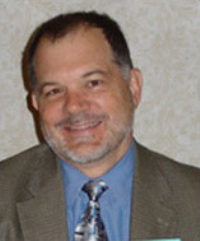 is Former Dean of the Rosenstiel School of Marine and Atmospheric Science, founding Co-Director of the Abess Center, and current Professor in the Division of Meteorology and Physical Oceanography at the Rosenstiel School. Dr. Brown’s specialties include radiative transfer in the ocean-atmosphere system for visible light; particulate scattering in sea water; satellite infrared observations of sea surface temperature in the Atlantic, Pacific and Indian Oceans; kinematical studies of warm core rings based on infrared tracking; transient processes in western boundary currents; evolution of spring bloom on shelf/slope regions based on visible satellite data; participant in ONR Southern Ocean Studies and Kuroshio Extension Recirculation Programs, and the JGOFS Arabian Sea Expedition. 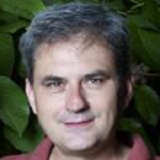 is Professor of Physical Geography, University of Valencia. 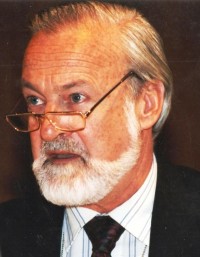 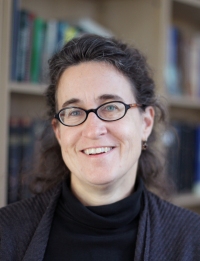 is Director of the European Centre of Environment and Human Health (www.ecehh.org), and Chair of Oceans, Epidemiology and Human Health at the University of Exeter Medical School (Truro, Cornwall, UK). She is a board certified occupational and environmental health physician and epidemiologist with over two decades of experience and expertise in environment and occupational exposures and human health. As a physician and epidemiologist, Professor Fleming works in the interdisciplinary areas of the Oceans and Human Health, and of Healthy/Sustainable Workplaces. 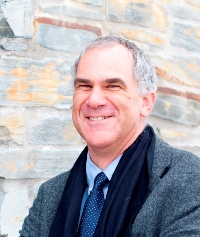 is Inaugural Director of the Environment and Sustainability Institute and Professor of Biodiversity and Conservation at the University of Exeter. An ecologist, his main research interests are in environmental management, ecosystem services, conservation biology and urban ecology. He is the author of over 450 papers in science peer reviewed publications, and 13 books. His work and contribution to biodiversity and conservation have been recognised throughout his career with awards and prizes including the Ecology Institute International Recognition of Professional Excellence Prize, a Royal Society-Wolfson Research Merit Award, a Leverhulme Research Fellowship, election to Academia Europaea and the Marsh Award for Ecology. He is on the editorial boards of PeerJ, F1000Research, Biological Conservation, American Naturalist, and Basic & Applied Ecology. 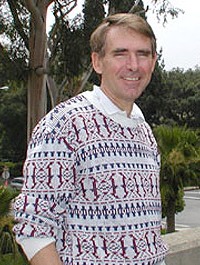 is an affiliated member of the Geology Department at Pomona College whose primary duties involve working with the Environmental Analysis program. Hazlett’s research interests include volcanology, igneous petrology, mineralogy, land use issues pertaining particularly to oil depletion, forestry, agriculture, and the role of selected natural resources in human conflict and history. 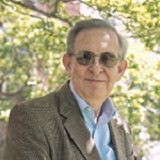 is James S. McDonnell Distinguished University Professor and Professor of Civil and Environmental Engineering at Princeton University. Professor Iturbe’s research interests include Ecohydrology, Hydrogeomorphology, Surface Hydrology, Hydrometeorology and International Trade of Virtual Water. He currently serves on the editorial board of Environmental Engineering Science and Ecohydrology. 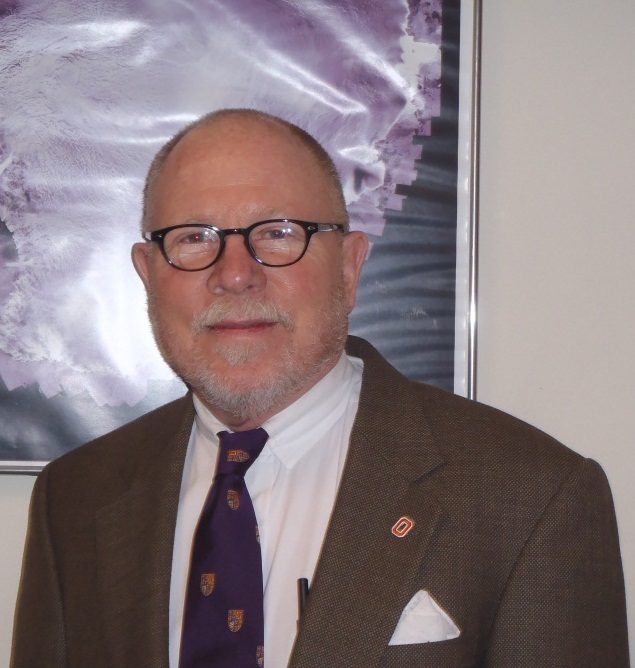 is Director of the School of Earth Sciences at Ohio State University. His research interests include the biogeochemistry of Antarctic terrestrial/aquatic ecosystems; the interactions and rates of chemical weathering, erosion/sediment transport and carbon dynamics, especially in small, mountainous watersheds and polar regions; and the impact of urbanization, suburbanization and agricultural activities on water quality. He is a Co-Principal Investigator on the McMurdo Dry Valleys Long Term Ecological Research program. He is a U.S. representative on the Geosciences Standing Scientific Group of the Scientific Committee for Antarctic Research, and currently the Chief Office of the Geosciences Standing Scientific Group. He is also a former Director of the Byrd Polar Research Center at OSU. He is an associate editor for Chemical Geology and Polar Science. 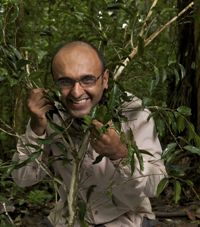 is Professor of Ecosystem Science at the University of Oxford, Senior Research Fellow at Oriel College, Oxford, and Director of the Oxford Centre for Tropical Forests. His work has focused on understanding the functioning of forests and their interaction with agents of global and regional change, including global atmospheric change. This work encompasses a range of approaches including extensive fieldwork in tropical forests in some of the most remote regions of the planet, climate change science and satellite remote sensing. He is author of Tropical Forests and Global Atmospheric Change (Oxford University Press, 2004) and over 170 journal articles. 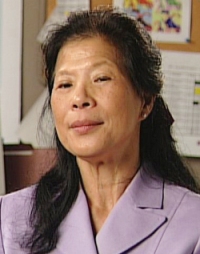 is President of the Molina Center for Strategic Studies in Energy and the Environment (MCE2) in La Jolla, California and principal research scientist at the Department of Earth, Atmospheric and Planetary Sciences at the Massachusetts Institute of Technology. Dr. Molina’s research interests include molecular spectroscopy, chemical kinetics, and atmospheric chemistry. She has been involved in particular with the chemistry of stratospheric ozone depletion and urban air pollution. She demonstrated experimentally a new reaction sequence, which explains how chlorofluorocarbons (CFCs) caused the Antarctic ozone hole. Recently she initiated a multi-disciplinary project involving an integrated assessment of air pollution in megacities, aimed at improving the environmental decision making process through education and the better use of scientific, technical, and socio-economic understanding. 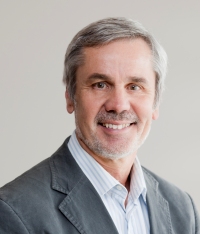 is Councillor on the publicly-funded Climate Council of Australia that delivers independent expert information about climate change, and is a global change researcher at the Australian National University (ANU), Canberra. From 1998 to mid-2004, Steffen served as Executive Director of the International Geosphere-Biosphere Programme, based in Stockholm, Sweden, and is currently a guest researcher at the Stockholm Resilience Centre. His research interests span a broad range within the fields of climate and Earth System science, with an emphasis on incorporation of human processes in Earth System modelling and analysis; and on sustainability and climate change