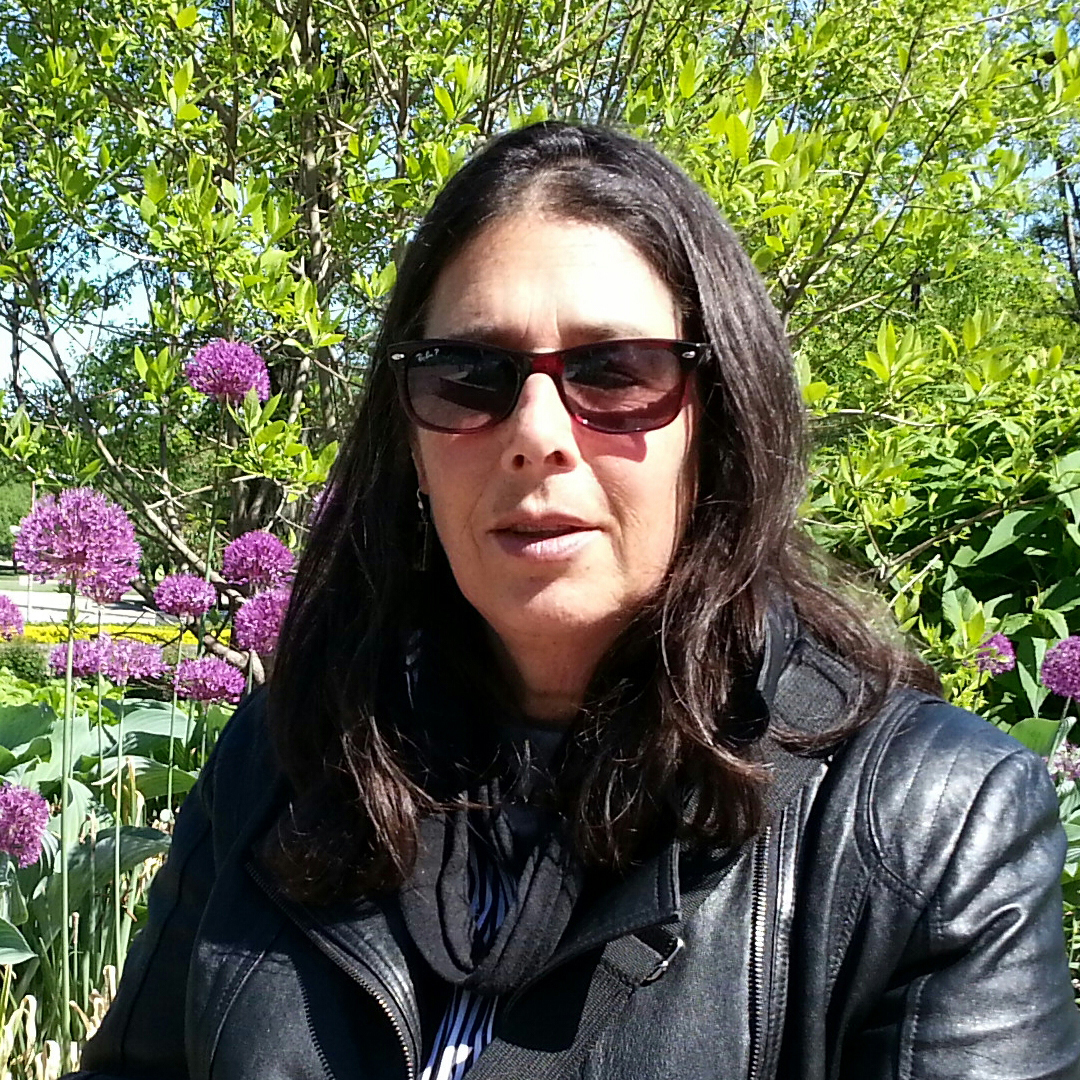 is professor emerita at the University of Minnesota and is affiliated with the departments of American Studies; Moving Image Studies; Cultural Studies and Comparative Literature; and Gender, Women, and Sexuality Studies. She is co-editor with Cristina Giorcelli of Habits of Being, a four-volume series on clothing and identity published by the University of Minnesota Press that includes (1) Accessorizing the Body (2011); (2) Exchanging Clothes (2012); (3) Fashioning the Nineteenth Century (2014); and (4) Extravagances (2015).

Her books, including They Must Be Represented: The Politics of Documentary (Verso, 1994) and Black & White & Noir: America’s Pulp Modernism (Columbia, 2002), as well as many articles, consider the roles of cinema, photography, labor, literature, and objects in the formation of twentieth-century American modernisms. She has been the recipient of a Mellon Postdoctoral Fellowship, a Rockefeller Residency at Bellagio, and Fulbright Professorships in Rome and Shanghai. 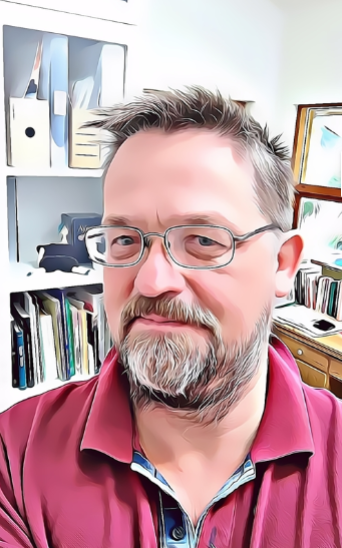 Senior Lecturer in English at Bournemouth University, and Director of Transnational Affairs and Executive Board member of the Society for the History of Authorship, Reading and Publishing (SHARP) 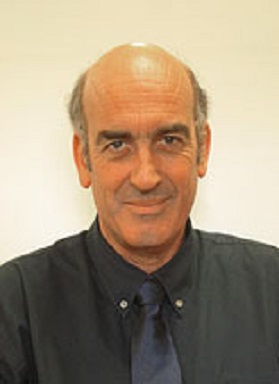 Professor of English, University of Sydney 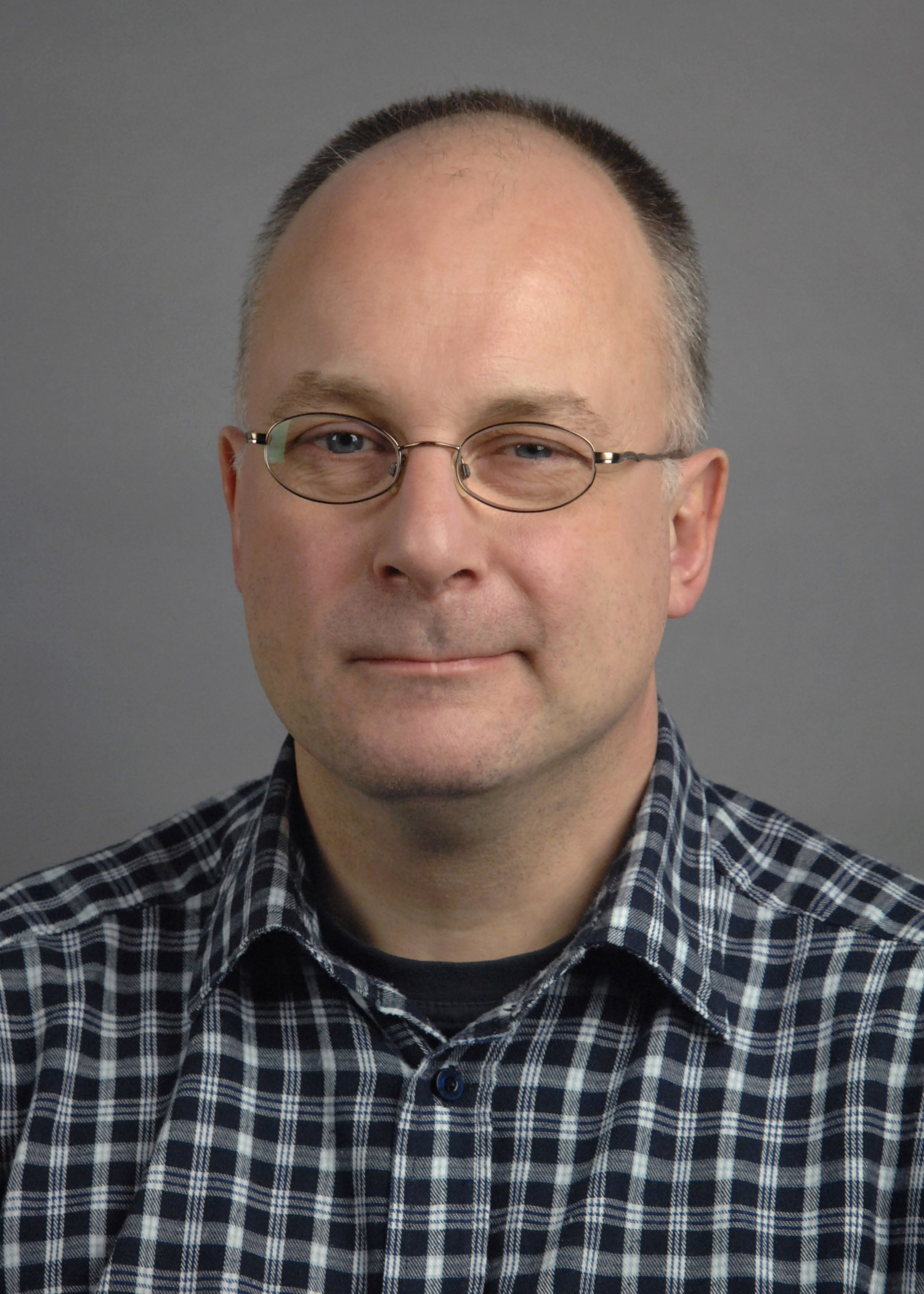 Professor of English at the University of Sussex 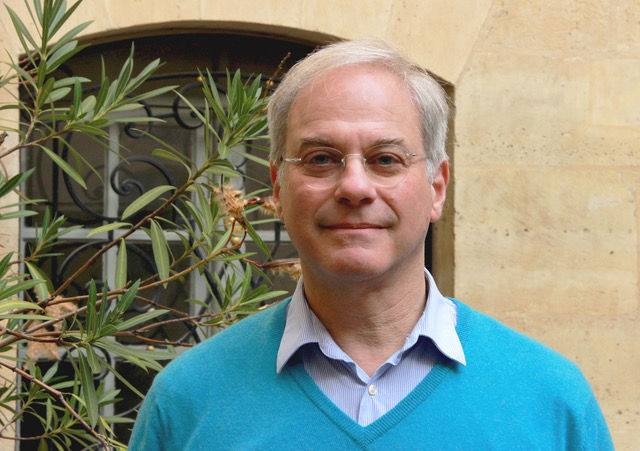 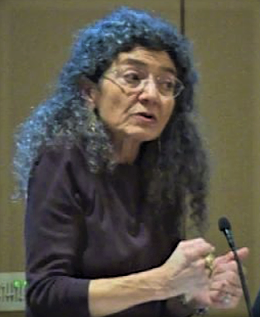 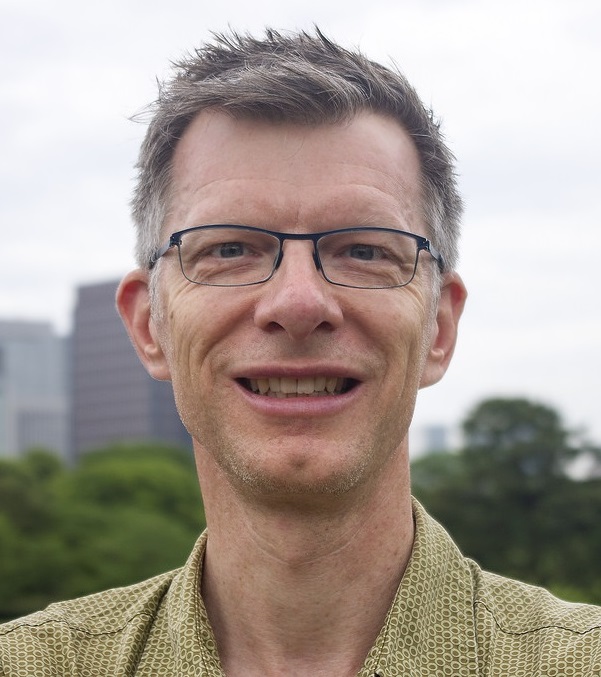 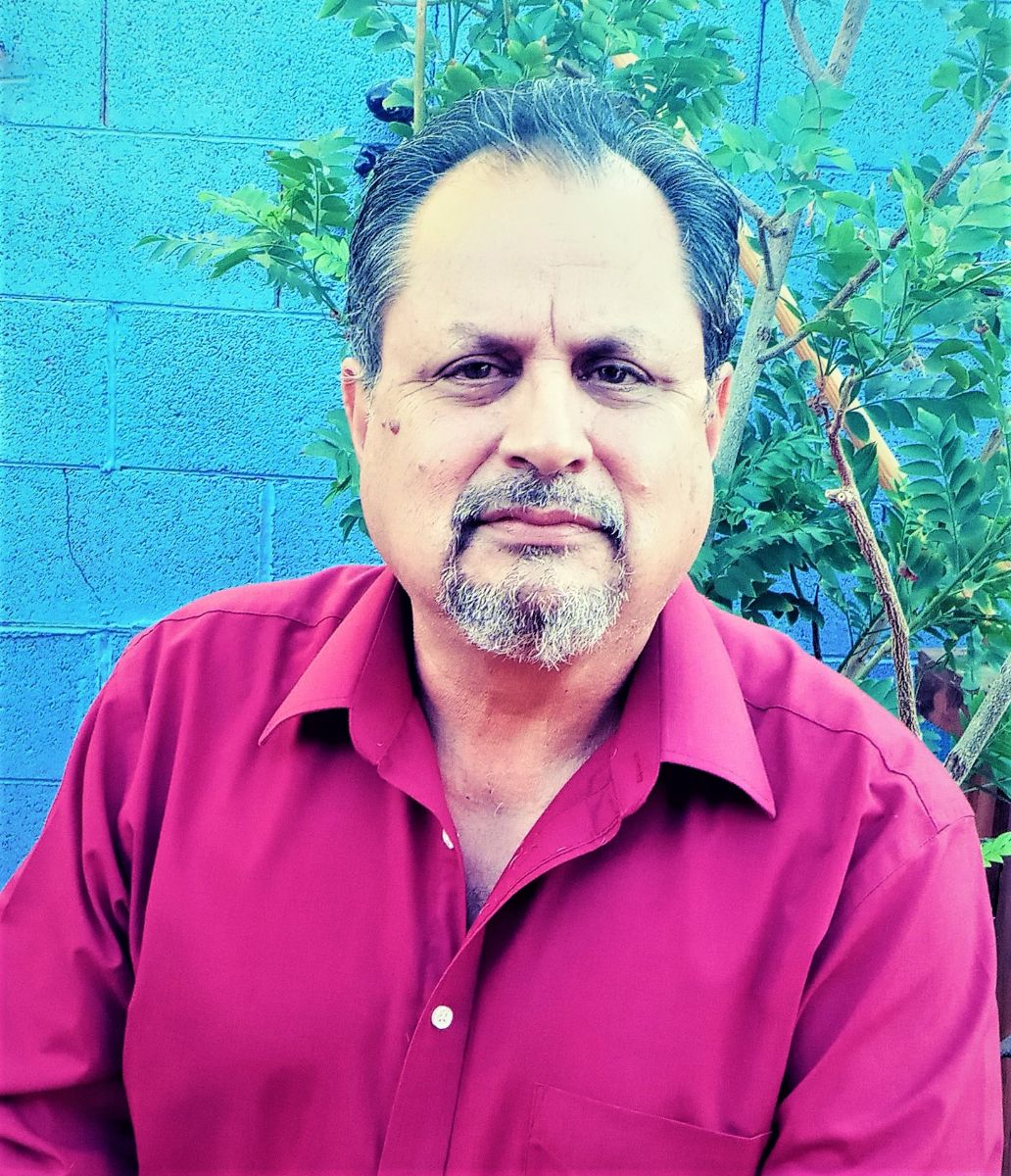 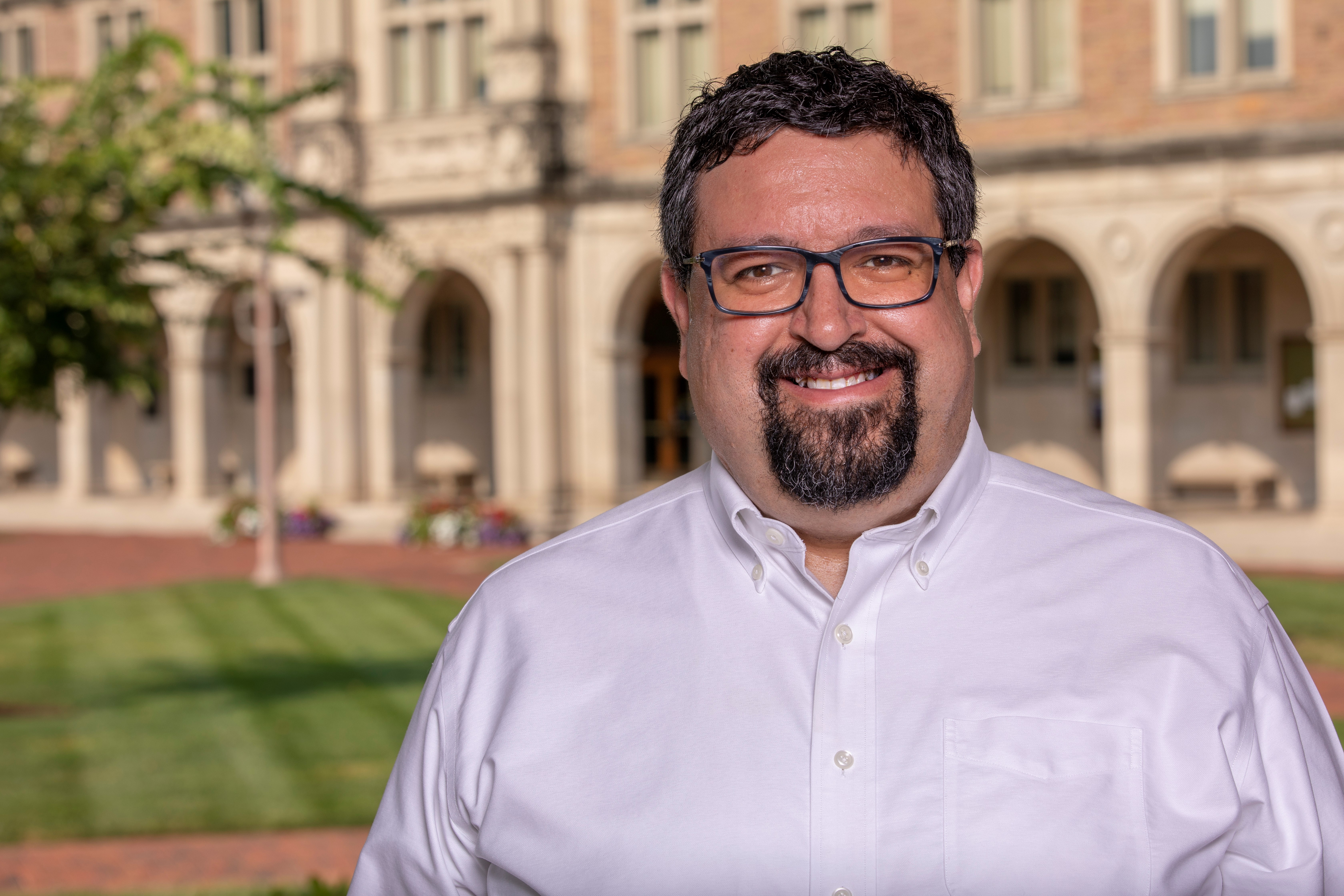 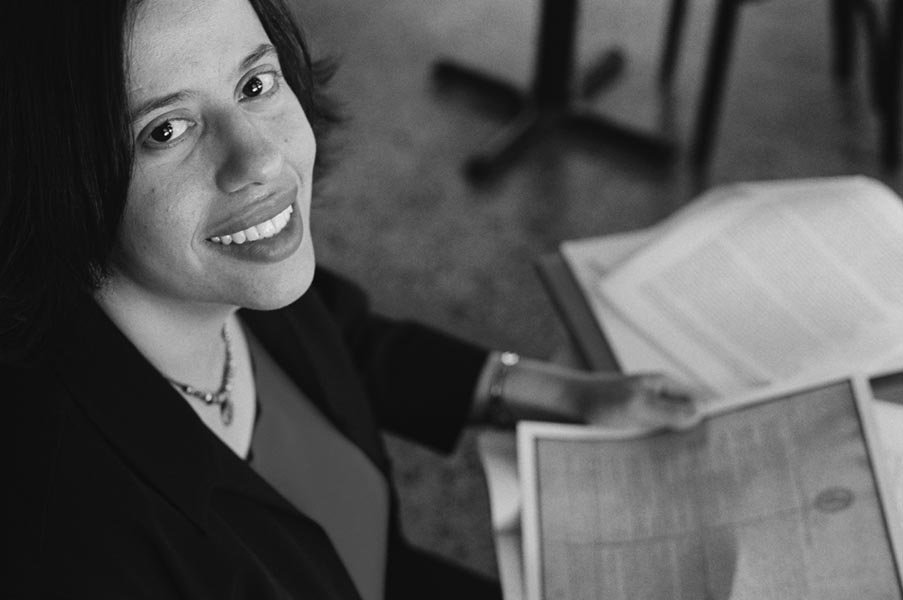 Associate Professor of Cultural Studies and Comparative Literature and Director of the African Studies Initiative, University of Minnesota

Check back in the coming weeks as a global board continues to grow and shape the future of the ORE of Literature project. 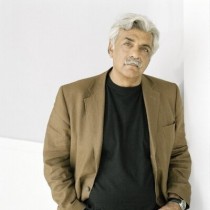 is a writer, journalist and filmmaker. His latest works include the celebrated fiction cycle The Islam Quintet; The Obama Syndrome: Surrender at Home, War Abroad; and On History: Tariq Ali and Oliver Stone in Conversation. Ali is a member of the editorial committee of the New Left Review, and a regular contributor to The Guardian and the London Review of Books. 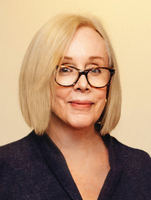 is the Gilbert, Louis, and Edward Lehrman Professor of English. She teaches courses in the novel, 18th- through 21st-century literature and cultures in English, and critical theory, and she serves as editor of the journal Novel: A Forum on Fiction, a position she has held since 1996. Armstrong has devoted her career to explaining how novels imagine a world that can be inhabited (or not) in specific ways by historically and culturally variable readerships. Her most recent book (co-authored with Leonard Tennenhouse) is titled Novels in the Time of Democratic Writing (2017).

is Senior Research Fellow at All Souls College, University of Oxford. Research interests lie in the relations between Renaissance literature and its classical forebears, as well as in early Tudor literature, Spenser, Jonson, Milton, and Shakespeare. Burrow is author of many scholarly books and articles, including most recently Shakespeare and Classical Antiquity. He’s also served as editor for ambitious projects like the Oxford Handbooks Online in Literature and Scriptorum, a project for the digitization of a number of manuscript commonplace books. Burrow is a regular contributor to The London Review of Books. 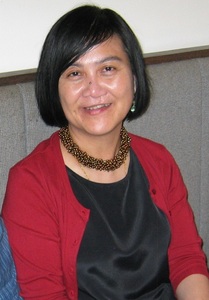 is Anne Firor Scott Professor of Literature at Duke University and a fellow of the American Academy of Arts and Sciences. Chow’s research comprises theoretical, interdisciplinary, and textual analyses. She specializes in the making of cultural forms such as literature and film (with particular attention to East Asia, Western Europe, and North America) and in the discursive encounters among modernity, sexuality, post-coloniality, and ethnicity. Her book Primitive Passions was awarded the James Russell Lowell Prize by the Modern Language Association. Before coming to Duke, she was Andrew W. Mellon Professor of the Humanities at Brown University, where she held appointments in the Departments of Comparative Literature, English, and Modern Culture and Media. In her more recent work, Chow is concerned with the legacies of poststructuralist theory (in particular the work of Michel Foucault) for the humanities, the politics of language as an ongoing postcolonial phenomenon, and the shifting paradigms for knowledge and lived experience in the age of digital media technologies. Chow has authored numerous influential monographs, essays, and articles; her writings have appeared in more than ten languages. 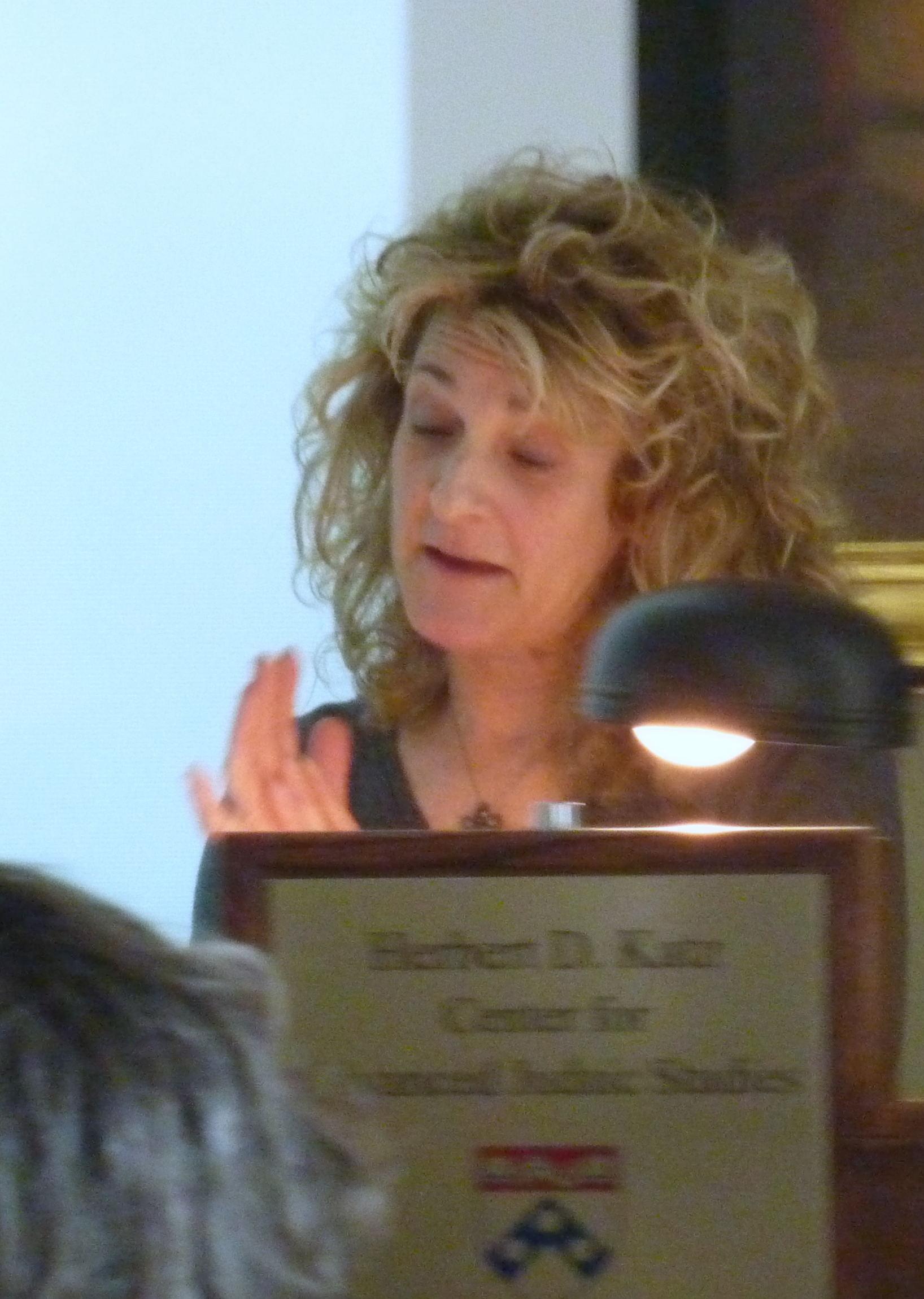 is Rosenberg Chair in the Humanities and Professor of Classical Studies, English, and Comparative Literature at the University of Pennsylvania. Her interests range across ancient and medieval literatures, history and theory of rhetoric, literary theory and exegetical traditions, and medieval learning. She has pursued these themes in various publications, especially Rhetoric, Hermeneutics, and Translation in the Middle Ages; Criticism and Dissent in the Middle Ages; Pedagogy, Intellectuals and Dissent in the Middle Ages; Medieval Grammar and Rhetoric: Language Arts and Literary Theory, AD 300-1475 (with Ineke Sluiter); and The Cambridge Companion to Allegory. Most recently she has edited the Oxford History of Classical Reception in English Literature, 800-1558. She is also a founder of the journal New Medieval Literatures. Her newest project is on rhetoric and the emotions in the long Middle Ages. 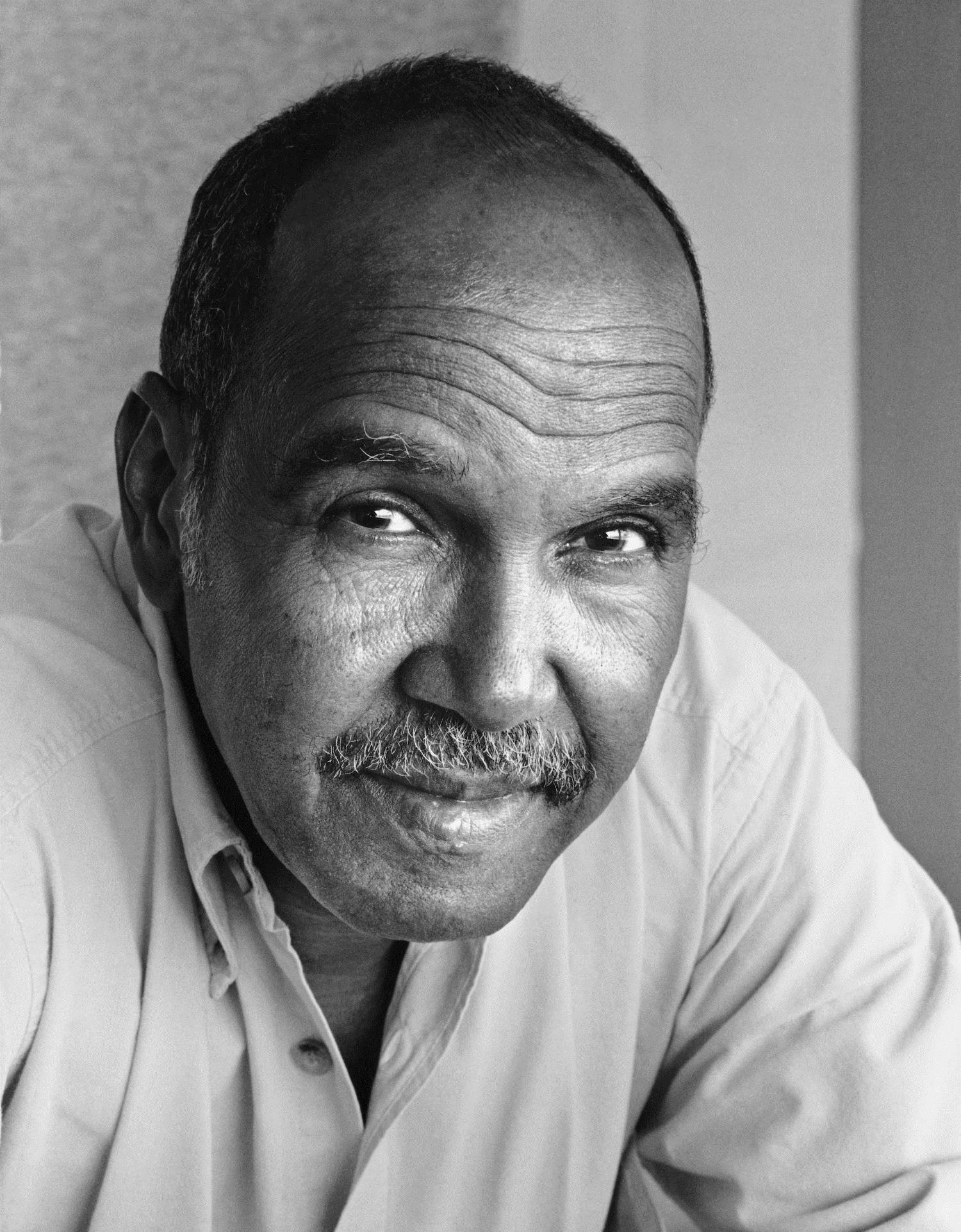 is a prominent Somalian writer. He is the winner of the Lee Hochul Literature Prize for Peace 2019 and the author of over 10 books. Farah did his studies mostly in both India and England. Farah published his first novel, From a Crooked Rib, in 1970. He later published his first trilogy novel, between 1979 and 1983, with the overall project title “Variations on the Theme of An African Dictatorship.” These are Sweet and Sour Milk (1979), Sardines (1981) and Close Sesame (1983). His latest novel is Knots (2007), explores the state of Somalia after the war. Farah’s numerous essays include: “People of a Half-Way House” (1996), “My Father, the Englishman, and I” (1997) and “Country Cousins” (1998), amongst many more. In 1998 he was awarded the Neustadt International Prize for Literature. 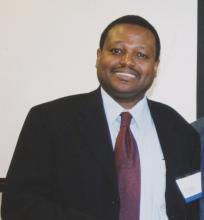 is Robert Schirmer Professor of English at Princeton University and editor of PMLA, the official journal of the Modern Languages Association (MLA). His major fields of research and teaching are the Anglophone literatures and cultures of Africa, India, the Caribbean, and Postcolonial Britain, the “Black” Atlantic and the African Diaspora. He is the author of many books and articles including Slavery and the Culture of Taste (Princeton University Press, 2011), winner of multiple prizes, Writing in Limbo: Modernism and Caribbean Literature, and Maps of Englishness: Writing Identity in the Culture of Colonialism. 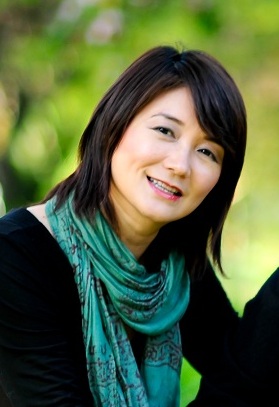 is Professor and Director, Center for Performance Studies at the University of California, Los Angeles. Her research interests cover a wide range of academic disciplines, such as East Asian performance and visual culture, gender and nationalism, Korean cultural studies, Russian literature and Slavic folklore. Her publications have appeared in English, German, Korean, Polish and Russian while her research has been acknowledged by the International Federation for Theatre Research's New Scholar's Prize (2004), the American Society for Theater Research Fellowship (2006), the Library of Congress Kluge Fellowship (2006-7) and the Academy of Korean Studies Research Grant (2008, 2010, 2015-2020), among others. 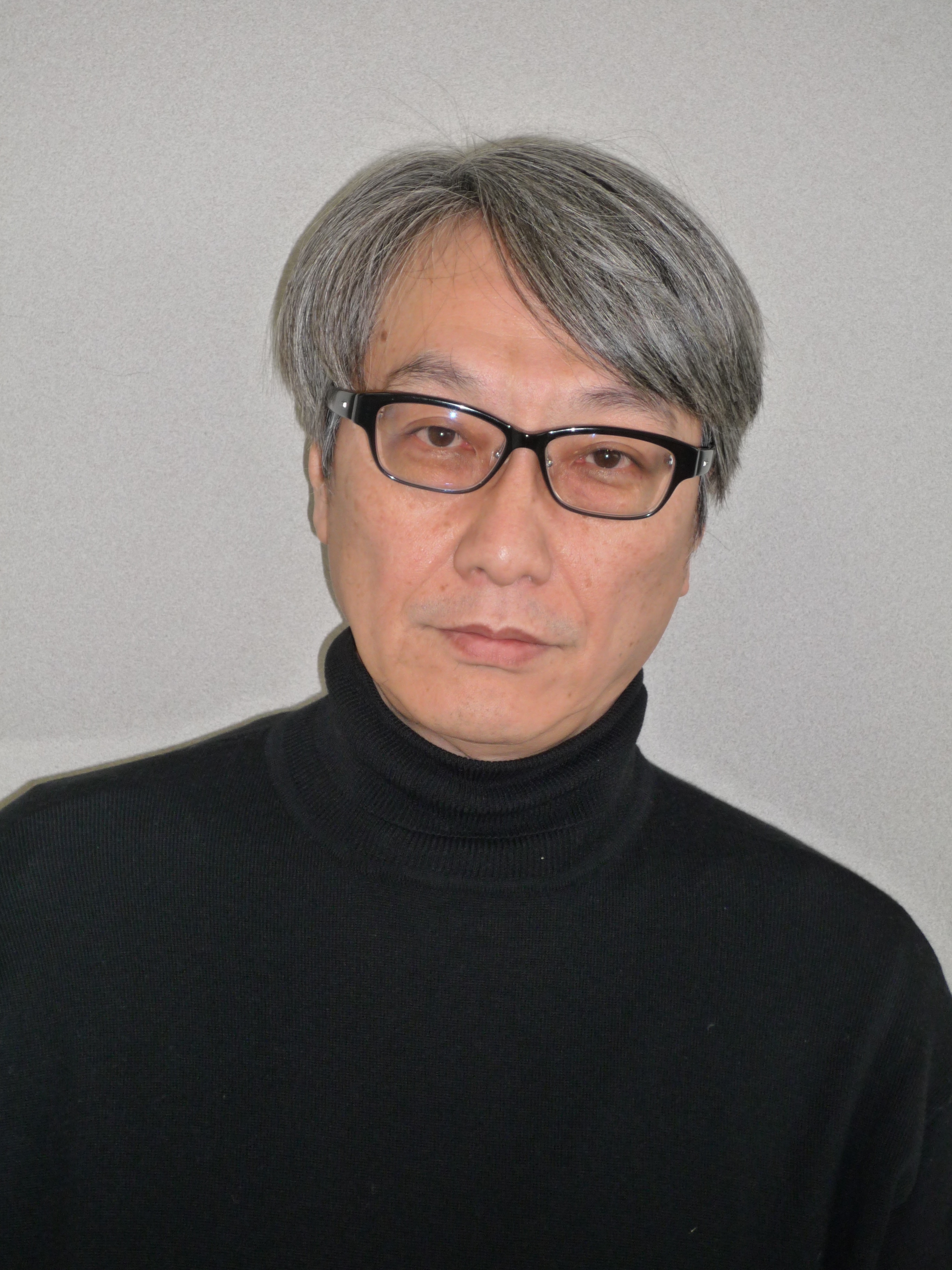 is Professor, Graduate School of Languages and Cultures, at Nagoya University. His research interests include American literature, Modernism, innovative literature, Asian American literature, translation, and Bob Dylan. He has co-authored two volumes and is the author of many articles, including "Writing the Self, Writing (with) Everybody: Gertrude Stein's Everybody's Autobiography." 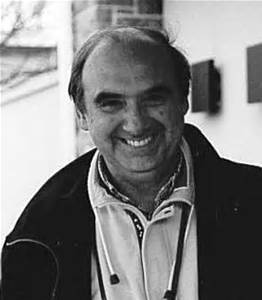 is Professor of American Literature at the University of Roma-La Sapienza. Through his scholarship, he has played a leading role in transforming oral history. He has also published two volumes of seminal oral-history essays covering topics as varied as the Italian Resistance, student movements since the 1960s and the Kentucky mining communities. He is author of The Text and the Voice: Speaking, Writing and Democracy in American Literature and The Order Has Been Carried Out: History, Memory and Meaning of a Nazi Massacre in Rome, among many other scholarly works. 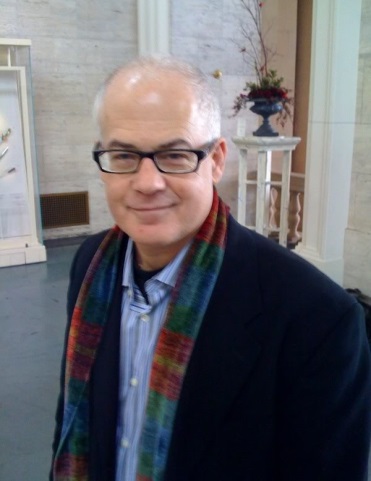 is Old Dominion Foundation Professor in the Humanities at Columbia University. He has received awards from the Guggenheim Foundation, the National Endowment for the Humanities, and the Society for the Humanities at Cornell University. Publications include Perpetual War: Cosmopolitanism from the Viewpoint of Violence (2012) and The Beneficiary (2017), as well as other authored and edited volumes. He is also the director of a documentary entitled "Some of My Best Friends Are Zionists" (2013).

is an Argentine literary and cultural critic, and founding editor of the cultural journal Punto de Vista (“Point of View”). She is both a public intellectual and a scholar. She is author of one of the seminal books on Borges, Borges, un escritor en las orillas (Borges, A Writer on the Edge) and, more recently, of La Ciudad vista: Mercancias y cultura urbana and Escritos sobre literature argentina. 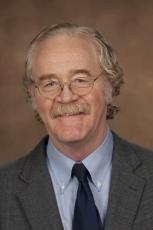 is the Howard Nemerov Professor in the Humanities and Professor of English at Washington University in St. Louis. He teaches and writes about the literatures of modernism, the Great War, and, most recently, decadence. His books include The Uncommon Tongue: The Poetry and Criticism of Geoffrey Hill (1987), Ezra Pound, Wyndham Lewis, and Radical Modernism (1993), Joyce’s ULYSSES (1995), and The Great War and the Language of Modernism (2003). His Modernism and the Reinvention of Decadence was published in 2015. He is the editor of the Cambridge Companion to the Literature of the First World War (2005) and of the recently published Cambridge History of Modernism. He is currently writing The European War of 1914-1918: A Literary History, which is under contract to Princeton University Press. 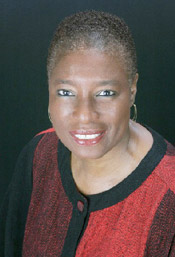 is Gertrude Conaway Vanderbilt Professor at Vanderbilt University. She is currently working on two big projects—the idea of black culture and women and early Republican formations—and three smaller and related ones— Faulkner’s Thomas Sutpen(from Absalom, Absalom!) and the DuBoisian “double consciousness,” “statelessness” and the early modern black subject, and Wright, Baldwin, and Ellison at mid-century; all of these projects are at various stages of writing. Representative publications include Conjuring: Black Women, Fiction, and Literary Tradition, Comparative American Identities: Race, Sex, and Nationality in the Modern Text and Black, White, and in Color: Essays on American Literature and Culture.

is the Anna S. Garbedian Professor Emeritus of the Humanities at Columbia University. His area of principal interest is medieval literature with a recent emphasis on transitions from ‘medieval’ to ‘early modern.’ Professor Strohm’s publications include Conscience: A Very Short Introduction; The Poet's Tale: Chaucer and the Year That Made the Canterbury Tales; Social Chaucer; Social Chaucer; Hochon’s Arrow: The Social Imagination of Fourteenth-Century Texts; England’s Empty Throne: Usurpation and Textual Legitimation, 1399-1422; Theory and the Premodern Text; Politique: Languages of Statecraft between Chaucer and Shakespeare. 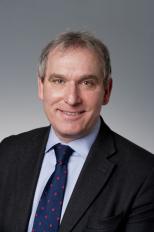 was elected a Fellow of the British Academy in 2010 and became Rector of Lincoln in 2012. His research has mainly been in two areas that he has tried to bring together: Renaissance English literature (especially Shakespeare and Sidney) and the history of the book. Much of his work has been concerned with English manuscripts and book collectors of the 16th and 17th centuries. Woudhuysen’s interest in bibliography and palaeography led him to become President of the Bibliographical Society (2014-2016), to work with Michael Suarez, S.J. as co-general editor of The Oxford Companion to the Book, and to contribute articles about sales of books and about libraries to the TLS since 1985. He has authored and edited numerous scholarly works, including Sir Philip Sidney and the Circulation of Manuscripts, 1558-1640, and Shakespeare’s Poems (ed. with Katherine Duncan-Jones). 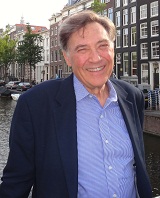 is professor emeritus of German and comparative literature at the University of Minnesota and the winner of the 2019 World Fantasy Award for Life Achievement. In addition to his scholarly work, he is an active storyteller in public schools and has worked with children's theaters in Europe and the United States. Some of his major publications include Breaking the Magic Spell: Radical Theories of Folk and Fairy Tales (1979), Fairy Tales and the Art of Subversion (rev. ed. 2006), The Brothers Grimm: From Enchanted Forests to the Modern World (1988), Hans Christian Andersen: The Misunderstood Storyteller (2005), and Why Fairy Tales Stick: The Evolution and Relevance of a Genre (2006). He has also edited The Oxford Companion to Fairy Tales (2000), The Great Fairy Tale Tradition (2001), and The Golden Age of Folk and Fairy Tales: From the Brothers Grimms to Andrew Lang (2013). Most recently he has published Grimm Legacies: The Magic Power of the Grimms' Folk and Fairy Tales (2014), The Sorcerer's Apprentice: An Anthology of Magical Tales (2016), and Tales of wonder: Reading Fairy Tales through Picture Postcards (2017).