Due to the COVID-19 crisis, the transition into subscription mode of the Oxford Research Encyclopedia of Neuroscience has been temporarily postponed. Please watch this space for updates as we work toward launching in the near future. Visit About to learn more, meet the editorial board, or learn how to subscribe. 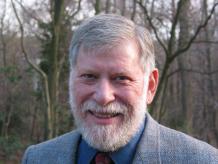 is Maurice Goldblatt Professor and Chairman in the Department of Neurobiology at the University of Chicago. His books include Functional Connections of Cortical Areas and Exploring the Thalamus and its Role in Cortical Function. Dr. Sherman is the author of more than 150 scientific papers, has served on the committees of several scientific organizations, and on the editorial boards of multiple journals including Journal of Neuroscience, Visual Neurosciences, and Thalamus and Related Systems. He has held visiting academic positions at universities in the UK and China. The main focus of Dr. Sherman's research is directed towards understanding thalamic functional organization through a variety of interdisciplinary techniques.

The Senior Editorial Board 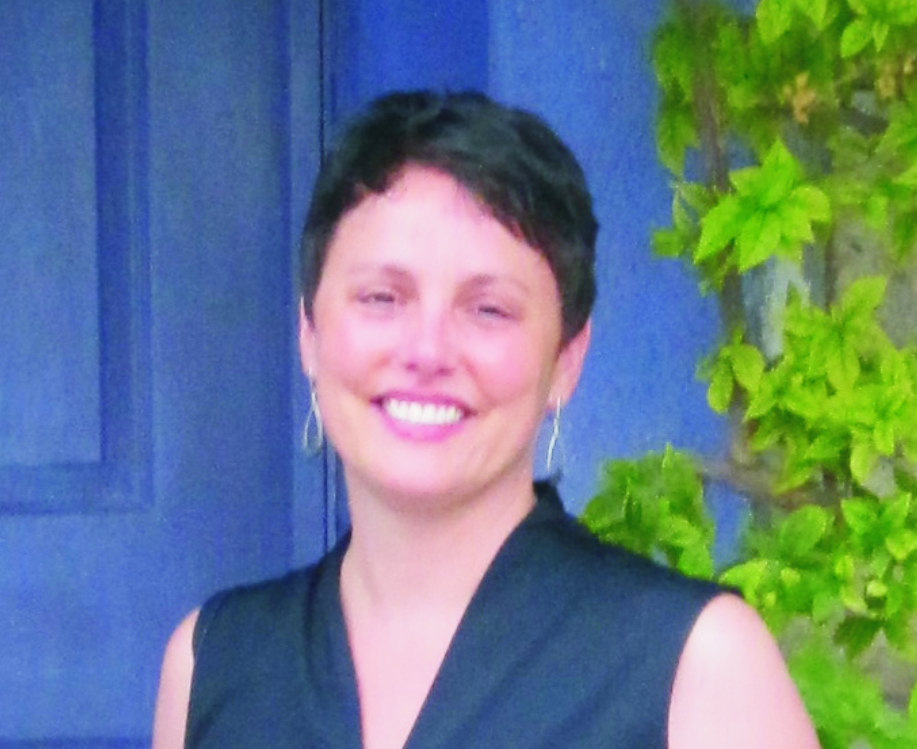 is editor of cognitive neuroscience for the ORE of Neuroscience. She is a Professor in the Departments of Psychiatry and Biobehavioral Sciences and Neurobiology. She studied Neuroscience at Stony Brook University in NY and was a post-doctoral fellow at the National Eye Institute, NIH. After serving as a faculty member at the University of Wisconsin Madison, she moved to UCLA to join the faculty and direct the Fuster Laboratory of Cognitive Neuroscience. The work performed in her laboratory is aimed at unravelling the neuronal circuits of decision-making in health and disease. Her work spans multiple species and employs multiple technologies designed to understand how memory and sensory information are combined to give rise to our decisions. 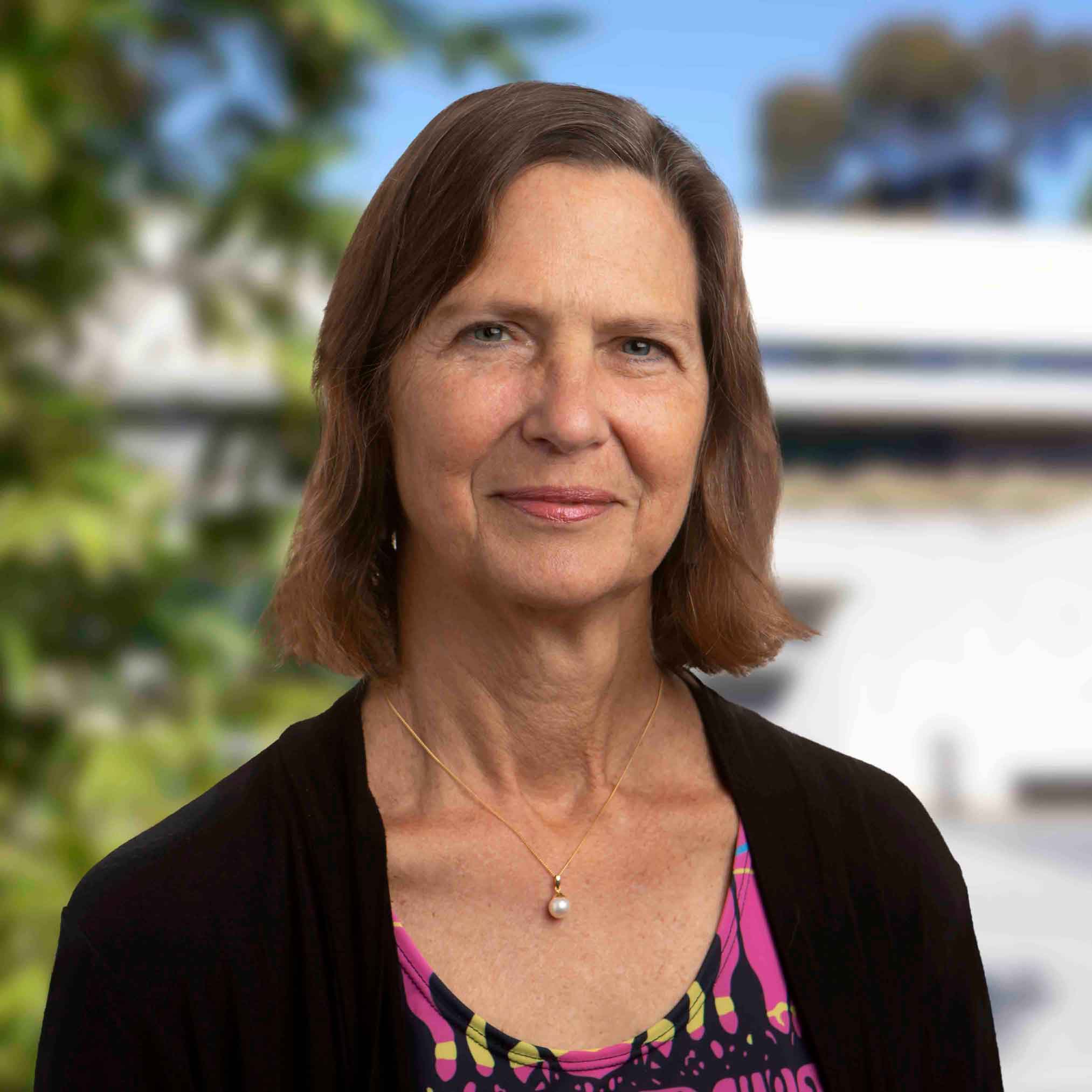 is editor of developmental neuroscience for the ORE of Neuroscience. She is the Hahn Professor of Neuroscience and co-chair of the Department of Neuroscience at Scripps Research in La Jolla, CA. She is a Councilor for the National Institute of Neurological Disorders and Stroke (NINDS) and has served on the council of the National Eye Institute (NEI) and on the Blue Ribbon Review Panel for the 10-year review of the National Institute of Child Health and Development (NICHD). Dr. Cline is a Fellow of the American Association for the Advancement of Science and has received the prestigious NIH Director’s Pioneer Award. Dr. Cline is a Past President of the Society for Neuroscience. She received her BA from Bryn Mawr College and her PhD from the University of California at Berkeley, followed by postdoctoral training at Yale University and Stanford University. She has served on the faculty of the University of Iowa and Cold Spring Harbor Laboratory, where she served as the Director of Research from 2002-2006. Dr. Cline’s research has demonstrated the roles of a variety of activity-dependent mechanisms in controlling structural plasticity of neuronal dendrites and axons, synaptic maturation and topographic map formation. This body of work has helped to generate a comprehensive understanding of the role of experience in shaping brain development. Two key points to emerge from her research are that circuit formation in vivo is a dynamic process throughout development that is continuously guided by experience, and that the basic mechanisms governing brain development, plasticity, information processing and organizational principles of brain circuits are highly conserved across vertebrates. 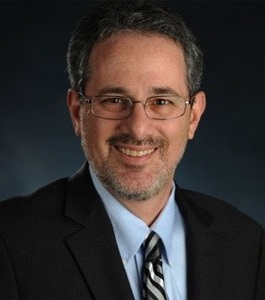 is editor of invertebrate neuroscience for the ORE of Neuroscience. He is Professor and Director of Neuroscience at University of Massachusetts Amherst. He uses sea slugs to understand how neuronal circuits operate and to explore how they might shed light on the evolution of neural circuits underlying behavior. His lab uses intracellular electrophysiology combined with computational techniques such as dynamic clamp and bioinformatics of transcriptomes to compare neural circuits in different species. Katz serves on the editorial boards of the Journal of Neurophysiology, Journal of Invertebrate Neuroscience, and Brain, Behavior, and Evolution. He served as president of the International Society for Neuroethology and was co-director of the Neural Systems and Behavior course at the MBL in Woods Hole, MA. He is the recipient of numerous awards and fellowships and has authored over 100 articles and chapters. 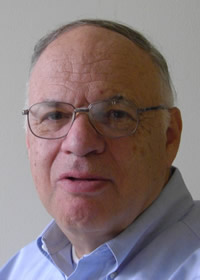 is editor of neural plasticity for the ORE of Neuroscience. He is currently Distinguished Professor of Neurobiology and Behavior at Stony Brook University. He was awarded a B.Sc. degree in Mathematics and Physics from McGill University in 1961. In 1965, he received a Ph.D. in Neurophysiology from M.I.T. At Stony Brook he served as chair of the Department of Neurobiology and Behavior from 1986 to 2006. He has previously served as Editor-in-Chief of the Journal of Neurophysiology, President of the Association of Neuroscience Departments and Programs, and President of the Society for Neuroscience. He is presently Chair of the Spinal Cord Injury Research Board of the State of New York as well as a Director of the Craig H. Neilsen Foundation. His research interests focus on neuroplasticity of the mammalian spinal cord.

is the editor of neuroendocrine and autonomic system for the ORE of neuroscience. He holds the Hazel Ruby McQuain Chair for Neurological Research in the West Virginia University School of Medicine and is director of basic science research in the WVU Rockefeller Neuroscience Institute, as well as across the university. He also leads the neuroscience PhD program at the Health Sciences Center and serves as a professor in the WVU Department of Behavioral Medicine and Psychiatry.

He began his graduate career at Berkeley with work on canine behavioral sex differentiation with Dr. Frank Beach. After receiving his MA in Psychology in 1980, he began focusing on circadian rhythms and photoperiodism with Dr. Irving Zucker. He earned a PhD in Psychology in 1983, as well as a second PhD in Endocrinology in 1984 from the University of California at Berkeley. Dr. Nelson then went on to complete a postdoctoral fellowship in reproductive physiology with Drs. Frank Bronson and Claude Desjardins at the Institute for Reproductive Biology at the University of Texas, Austin from 1984-1986.

He served on the faculty at Johns Hopkins University from 1986 until 2000 where he was Professor of Psychology, Neuroscience, Biochemistry, and Molecular Biology. He then served on the faculty at the Ohio State University from 2000 until 2017 where he was Distinguished Professor of Social and Behavioral Sciences, Professor of Psychology and Neuroscience, and a member of the Institute for Behavioral Medicine Research at OSU School of Medicine. He joined the faculty at WVU in the spring semester of 2018. Dr. Nelson has published over 200 research articles and several books describing studies in seasonality, behavioral endocrinology, biological rhythms, immune function, sex behavior, and aggressive behaviors. 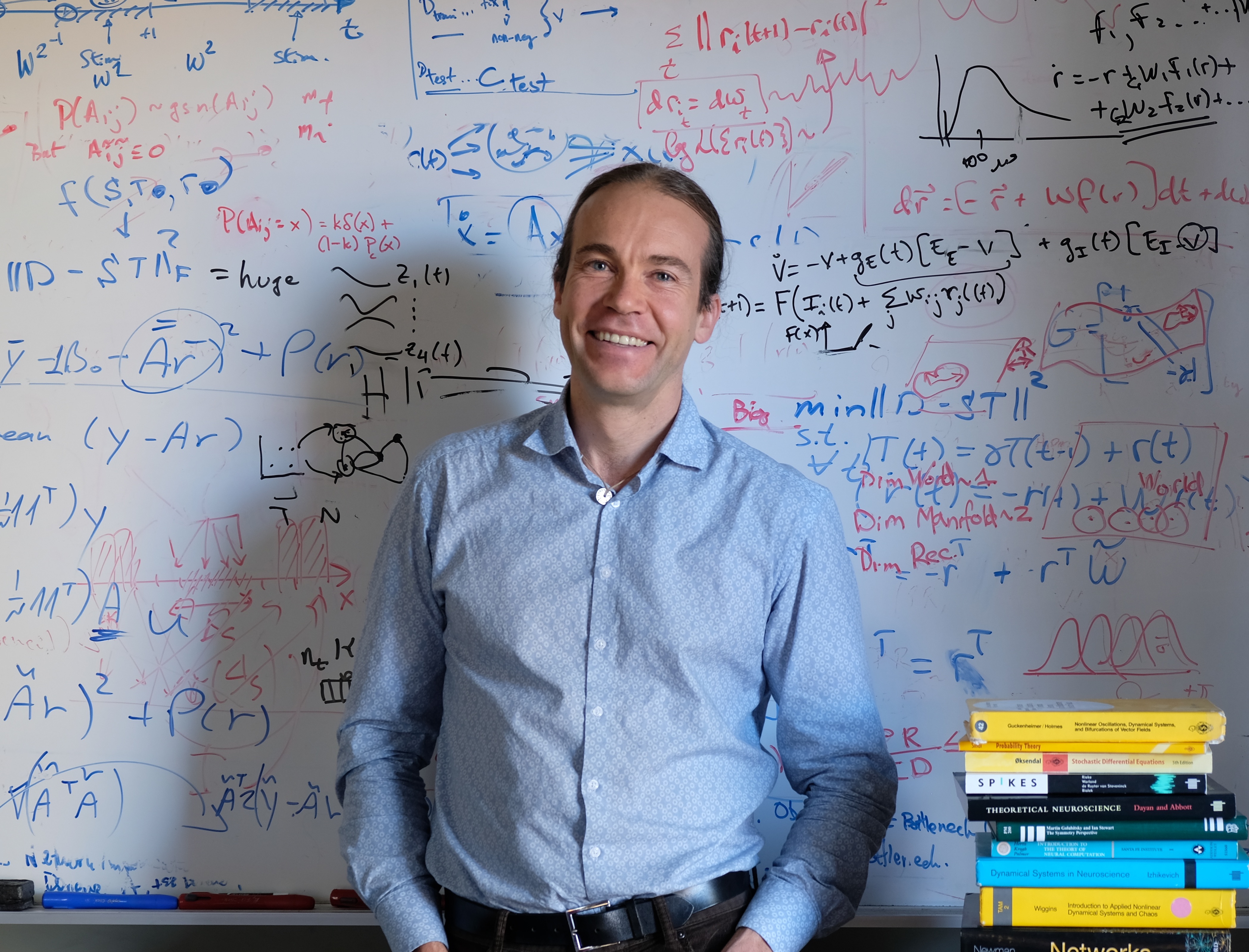 is editor of computational neuroscience for the ORE of Neuroscience. He is professor of Applied Mathematics at the University of Washington, affiliate investigator at the Allen Institute for Brain Science, and adjunct professor at Department of Physiology and Biophysics. At UW he co-directs the new UW Computational Neuroscience Center and the Swartz Center for Theoretical Neuroscience. Eric began his work in computational neuroscience under the mentorship of applied mathematician Philip Holmes and cognitive neuroscientist Jonathan Cohen, both at Princeton, and went on to study as a postdoc with John Rinzel at NYU’s Courant Institute and Center for Neural Science. His work, which was recognized by career awards from the NSF and Burroughs Wellcome Fund, combines dynamical systems and statistics tools to uncover basic mechanisms of coding in neural circuits. 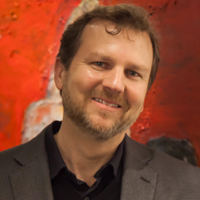 is editor of sensory systems for the ORE of Neuroscience. He is Professor and Chair of Neurobiology, Physiology and Behavior and Professor of Neurology at UC Davis. His research is focused on understanding the functional properties of neural circuits that serve vision and the relationship between circuit activity, behavior and perception. He has authored over 70 publications and directed several international courses and conferences on sensory processing and thalamocortical relations. He is the recipient of numerous awards, including the Presidential Early Career Award for Scientists and Engineers. The Usrey laboratory is home to Brainmaps.org, an interactive, high-resolution digital brain atlas and virtual microscope for students, educators, and researchers. 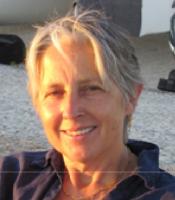 is a Research Director at Inserm in the "Institut du Fer à Moulin," a Neuroscience Center on brain development and plasticity. She is the current Director of Ecole de Neurosciences de Paris. She was trained as an MD in neurology in Paris at the Hôpital Pitié Salpêtrière and did her PhD at the University Pierre et Marie Curie in Paris on the anatomy of dopaminergic systems in the human brain in relation to Parkinson’s disease. Her team focuses on the developmental mechanisms underlying neurological and psychiatric disorders. The team discovered unexpected developmental effects of serotonin on neural circuit development using genetic approaches in mice. Gaspar’s work has led to 100 publications that have been cited more than 6000 times. 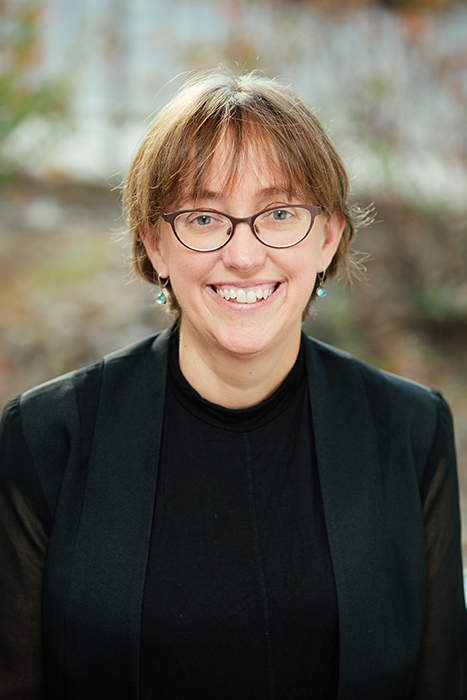 is Professor of Psychology & Neuroscience and Neurobiology at Duke University, where she is a member of the Center for Cognitive Neuroscience and the Duke Institute for Brain Sciences. Her research concerns how the brain represents spatial information and performs computations on those representations. Her discoveries have shed light on how the brain transforms auditory signals to permit communication with visual signals - despite major differences in the neural “language” used by each sense. She is the recipient of numerous awards including an Office of Naval Research Young Investigator Program grant and a John Simon Guggenheim fellowship. She has authored numerous scientific publications as well as a well-regarded book for a general audience (Making Space: How the Brain Knows Where Things Are, Harvard University Press, 2014) and a related popular Coursera course The Brain and Space. 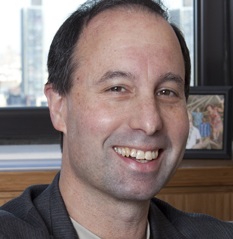 is Professor of Neuroscience and Principal Investigator of the Shadlen Lab at the Kavali Institute for Brain Science at Columbia University. He is the recipient of several awards including the Golden Brain Award from the Minerva Foundation, the McKnight Scholars Award for Research in Neuroscience, and the W. Alden Spencer Award. His work examines neurons in the association cortex that process information from the visual cortex to give rise to interpretations, decisions, and plans for behavior. His experiments combine electrophysiology and behavioral and computational methods to advance our knowledge of higher brain function.

is Global Professor of neural science and co-director of the Sloan-Swartz Center for Theoretical Neuroscience, both at New York University. He also serves as associate vice chancellor for research and co-director of NYU-ECNU Institute of Brain and Cognitive Science at New York University Shanghai. Wang’s research aims at understanding the neurobiological mechanisms and computational principles of executive and cognitive functions. His group has pioneered recurrent circuit models of the prefrontal cortex, which is often called the “CEO of the brain.” In particular, Wang is known for his work on the neural basis of working memory and decision making. 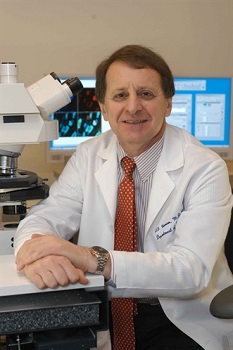 is Bridget M. Flaherty Professor of Neurology, Neurobiology and Pharmacology at the Yale School of Medicine. He is also Founder and Director for the Center for Neuroscience and Regeneration Research. Dr. Waxman has published more than 600 scientific papers. He has as edited nine books, and is the author of Spinal Cord Compression and of Clinical Neuroanatomy (translated into eight languages). He has served on the editorial boards of numerous journals including The Journal of Physiology, Brain, Annals of Neurology, Trends in Neurosciences, Nature Reviews Neurology, and Trends in Molecular Medicine, and is Editor-in-Chief of Neuroscience Letters. He is the recipient of multiple awards including the Annual Prize of the British Physiological Society, an honor he shares with Nobel Prize laureates Andrew Huxley, John Eccles, and Alan Hodgkin. He most recently was honored with the Paul Magnuson Award of the Veterans Administration for his achievements in translation of laboratory advances into new therapeutic strategies for restoration of function after injury to the brain, spinal cord and peripheral nerves. 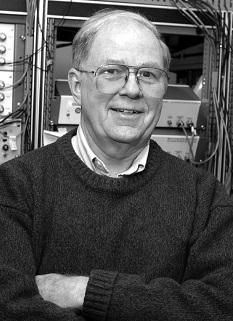